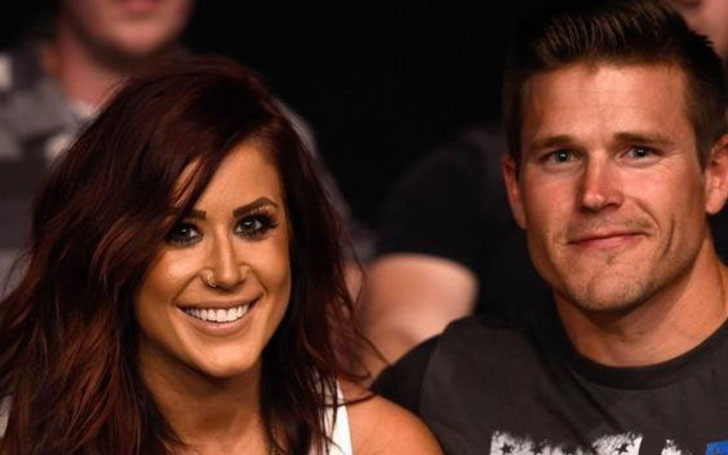 Teen Mom 2 star Chelsea Houska is preparing well for the big wedding with fiancé Cole DeBoer that is to take place this fall.

Teen Mom 2 star Chelsea Houska is preparing for the big wedding with fiancé Cole DeBoer. While it is mostly the girls who try to look best for their wedding, Cole is not behind on the matter and he shared an Instagram picture with his wife-to-be which was captioned “Always focused on fitness”. The romantic fact that makes this couple so well liked is that Cole asked permission from Chelsea’s daughter Aubree to get to marry her mom.

Cole, who has previously managed to showcase his interested for fitness will surely ant to look good for the wedding. He is not the only one who has been preparing for the big day. Chelsea too is extremely excited for her marriage and is trying her best to get things right according to an insider. After a relation that went along for a year, Cole asked popped the question to the reality star Chelsea in November 2015. The beauty whose age is 24 certainly said yes and the couple got engaged on November. They have been planning on the marriage since then and by the looks of it, it seems that the wedding is going to be a huge one.

While the reality stars have been portrayed on Teen Moms 2 ever since its start, it has been reported that the marriage will not be filmed for the show. Chelsea, however, is getting ready to post the pictures of her big day to her fans around the world. According to news, she has revealed that the big day is not going to be a grand one as she would like to have something simpler. As both of the pairs loves the fall, they will certainly tie the knot somewhere this fall. With their preparations going the right way, it sure can be hoped that everything goes as planned and the couple is bonded with the promise of a love that will last a lifetime.