Chrissy Teigen and her husband John Legend got a baby girl 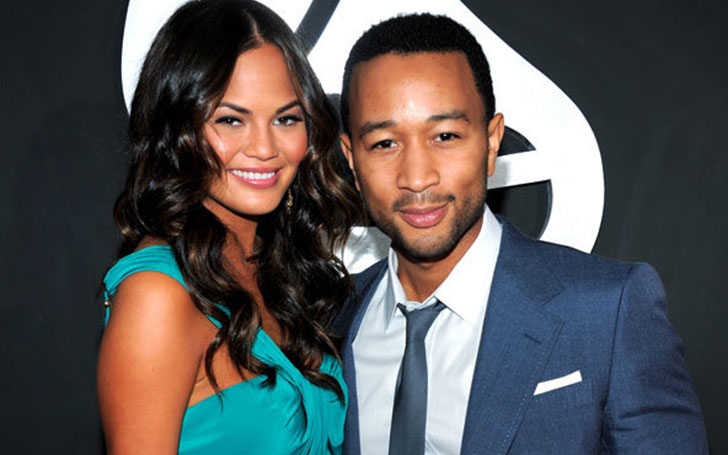 Good News for all Chrissy Teigen Fans, this top model and television host is mother of a baby now. Yes, she got first baby child and her husband John Legend whom she got married 2 years ago is extremely with this news.

Good News for all Chrissy Teigen Fans, this top model and television host is the mother of a baby now. Yes, she got the first baby child and her husband John Legend whom she got married 2 years ago is extremely with this news. She gave birth to a daughter in this spring and excited to see the family gets completed. As they got wed in Como, Italy during September 14, 2013, John Legend by profession is a musician as belonging. Previously they were engaged in December 2011 after which they started their enjoyable time for dating. Now, they are the responsible parents of their daughter who was born on April 14, 2016, whom they named as Luna Simone Stephens.

Chrissy was hoping for a baby boy but her husband was waiting to welcome a daughter in their home. During the delivery date though there sound some complication but at the end, everything went successfully. Chrissy love started with John from 2008 and they were pretty much sure to get married which officially took a good turn in their life. John is very supportive towards Chrissy and they are further planning for their daughter in her development and growth. Even this couple is planning to make a healthy trip after some months of the baby.

In the latest post on Instagram, it can also be seen John holding Chrissy with a baby with a caption: My Complete Family took a good response from their fans. They are congratulating for their proper family and even this couple is claiming never to divorce each other in their life. They are planning to change the decoration of their internal home set so that it can perfectly match the baby. The proper net worth and healthy amount of salary is also the reason behind the proper livelihood of this couple that can be delivered to the baby.