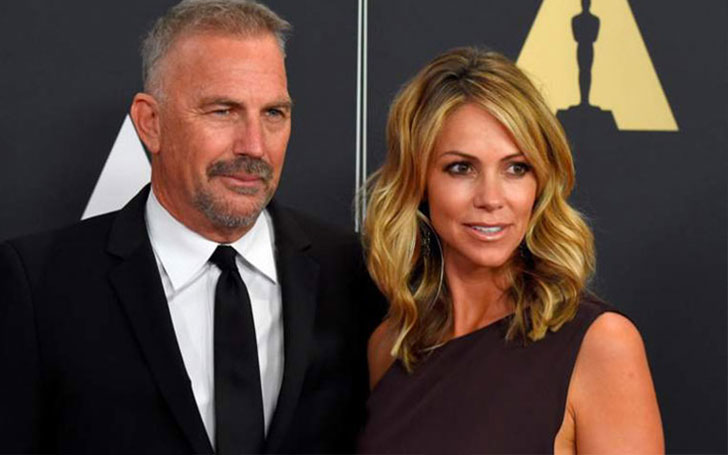 Kevin Costner was joined by his wife Christine Baumgartner and their children at the premiere of his latest film McFarland USA.

Kevin Costner was joined by his wife Christine Baumgartner and their children Cayden, Hayes, and Grace while walking the red carpet at the premiere of his latest film 'McFarland USA' held at the El Capitan Theatre.

The family looked stunning together as there were widespread praises following their appearance on the show. One of his fans said in the aftermath of the premiere, 'Really like Kevin Costner and his movies, he seems to be especially good with sports movies, didn't he play a golfer down on his luck in Tin Cup? That was awhile ago. His family looks great, and the movie sounds interesting.

The couple, who have a long marriage affair, kissed each other in front of the camera but the three young ones- Cayden, Hayes, and Grace - looked flushed as they could not hide the imminent signs of embarrassment resulting from their parents openness in public. All but Christine appeared in a black dress while the TV actress chose a more serene color- white - as she looked flawless.

The 61 years old Academy Award winner and his 42-year-old wife, a former model and handbag designer, have been married for more than 12 years. Kevin, father to seven children in total, has Anne, 30, Lily, 28, and Joe, 27, from his first to Cindy Silva. The couple divorced in 1994 after 16 years of marriage. The movie star also has son Liam, now 18, from his relationship with Bridget Rooney.

The event, which was a huge success, gathered such media attention and craze that a lot of fans seemed to be excited to finally get a glimpse of their favorite star and his much-beloved family. However, it was the couple's kiss that grabbed the headlines despite the event having a lot of star attraction.