Home Article Ciara and Russell Wilson are engaged. Will they get married?

Ciara and Russell Wilson are engaged. Will they get married? 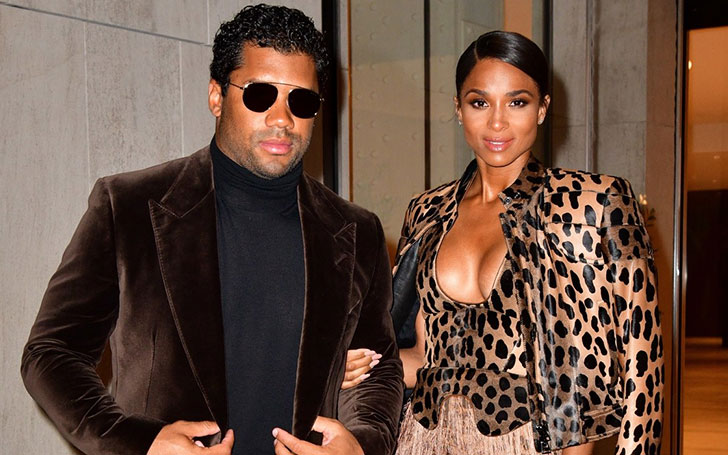 The hugely celebrated couple, Ciara and Russell Wilson has engaged. What is the future of their relationship?

The hugely celebrated couple, Ciara and Russell Wilson has engaged. What is the future of their relationship? Will they get married? The answer seems to be a big yes as news tabloids have confirmed that the couple is set to tie the knot as soon as possible, possibly by the end of this summer.

Russell Wilson, aged 27, reportedly cannot wait to make Ciara who is aged 30, his wife. He has put a ring on the hugely famous singer and the engagement has been the news of concern for their fans around the world. It sure seems now that the couple will make their fans happy with the news of their imminent marriage sometime during this summer. Close sources have candidly mentioned the fact that Russell is ecstatic over the engagement with his beau and cannot wait to take her home as his lawfully wedded wife. The quarterback for the Seattle Seahawks of the National Football League will be extremely busy in his career once August hits. This is why the date of the marriage of this cute couple is set to happen long before that.

The pretty singer Ciara became the girlfriend of this famous footballer back in 2015. Their affair went on pretty well, thus leading to their engagement on the 11th of March, 2016. The couple, who has vowed not to have sex before their marriage, is certainly in a hurry to get married as soon as time permits. The couple has had a pretty solid relationship. If the marriage does not occur this summer, the date of the wedding might shift to February next year according to sources. After almost a year of dating and the engagement already done the time is perfect for them to tie the knot and get married, it sure seems that the couple is surely set to do so sometime soon.