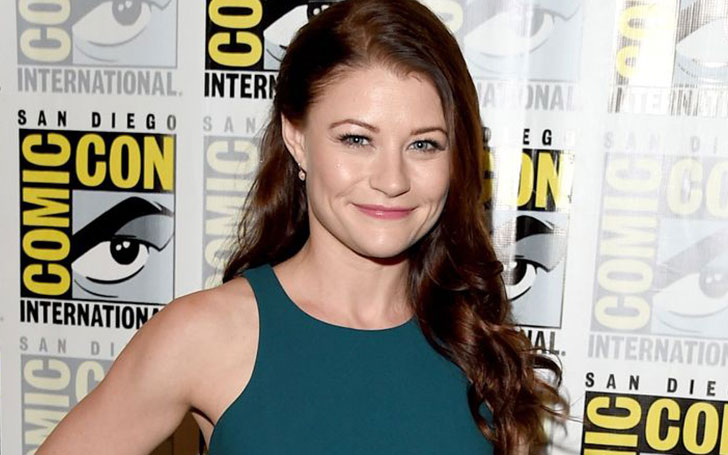 Emilie de Ravin is an actress of Australian nationality who has been known for the portrayal of the role of Tess Harding on Roswell and as Claire Littleton on Lost.

Emilie de Ravin is an actress of Australian nationality who has been known for the portrayal of the role of Tess Harding on Roswell and as Claire Littleton on Lost. Her movies credits have also included the likes of the films like The Hills Have Eyes and Ball Don’t Lie. Their pretty beauty, who has been included in the Maxim’s Hot 100 list three times, has revealed the cute photos of her baby Girl Vera Audrey recently.  The actress of once Upon a Time officially introduced her one-month-old daughter Vera to the world through the social media sites.

The 34-year-old proud mama took to Instagram to show off her tiny bundle of joy. The adorable picture of her baby girl has managed to attract a huge number of likes from people all across the world. the bright eyed and sweet beauty was looking incredibly beautiful on the picture and seemed to be a healthy baby. This photo of Vera is the first one which has been released to the general public ever since her birth one month ago. She has posted the picture of the child’s little feet last week and had released the information about the birth of her child to the world but the picture was without photos.

Emilie and her boyfriend, writer, and director Eric Bilitch have been dating each other for a long time. Emilie has the net worth of 12 million dollars and has been on a pretty good relationship with her beau. Her boyfriend is a writer and director and seems to be devoted to her. Emilie previously was in a relationship with Josh Janowicz and they were married for six months. Her relationship with current boyfriend started on 2014 and it can surely be hoped that Eric becomes her husband in the time to come.