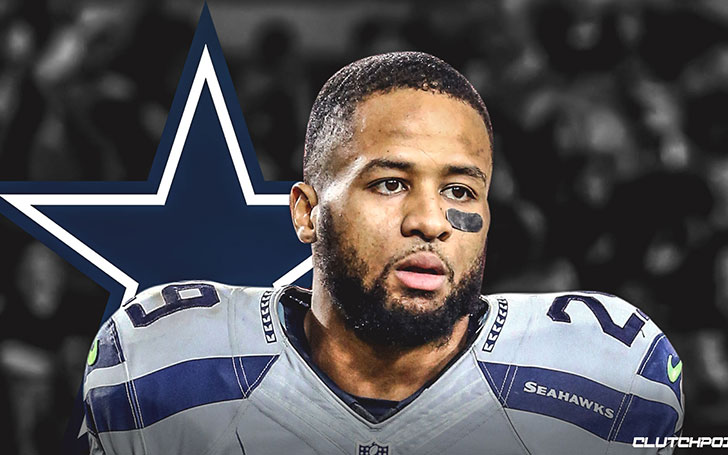 Football player Earl Thomas has managed to attract the attention of a huge number of fans around the world after he decided to get married in a most exotic and magnificent manner to his wife Nina.

Football player Earl Thomas has managed to attract the attention of a huge number of fans around the world after he decided to get married in a most exotic and magnificent manner to his wife Nina. The parents of the daughter named Kaleigh Rose got married on April 2016. The exotic thing about the marriage was not only the bonding of two loved ones but the fact that Earl wore a cape and a crown to his wedding.

The free safety of Seahawks, Earl Thomas has been on an affair with his high school sweetheart for a very long time. He proposed to his beau on the occasion of the annual youth football camp situated in his hometown of Orange, Texas. The wedding which took place in the Chateau Cocomar in Houston has managed to make it to the headlines of several paparazzi and media news outlets. The reason behind it is that Earl wore a crown as well as a cape, resembling a king, on his big day. The couple, who has been together for a long time are surely set to continue their relation into a better form in the days to come.

The wedding photos reveal a magnificent looking Earl with a big crown on his head that adorns him perfectly. He also wore a cape while walking on with his girlfriend of several years. The mother of his child, Nina looked absolutely adorable with her long frock-like wedding dress and the couple looked to be extremely happy together. Unlike other normal weddings with normal clothing, Earl tried to make it a bit more different by wearing a cape and a gown. The entire affair too was a sparkly one with an overload of bling even in the dining area and all through the wedding area. The sparkly, magnificent wedding of the magnificent footballer has surely been a one to be remembered by fans all around the world in the days to come.