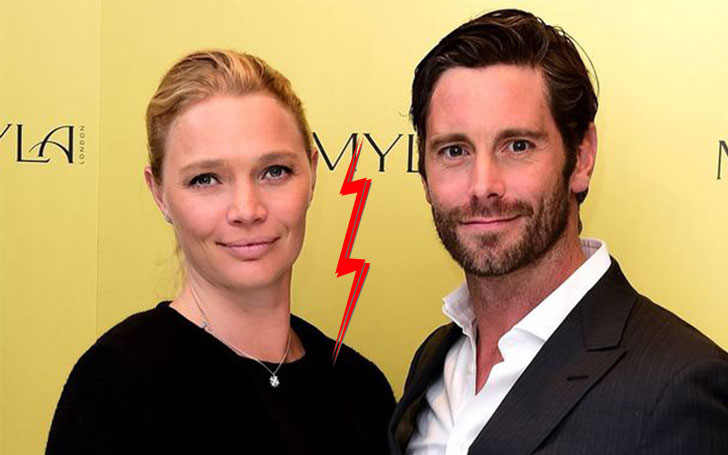 Jodie Kidd is a famous model who has a very interesting life. But recently, she had a divorce with David Blakeley.

The popular English fashion model and television personality Jodie Kidd has been in the modeling industry since the age of a teenager.

All thanks to her popularity, Jodie's life has been on display from the time she was a young teenager and even at the age of 38, she has not failed to be away from media.

However, her personal life is not as amazing as her professional life as she has recently been divorced with her ex-husband David Blakeley.

The Cause For the Divorce

The couple split in January 2015 and their divorce was fast-tracked through court by May 1, 2015. The reason behind their separation was the personal differences between Jodie and David.

Their divorce was granted with no presence of either of them at the court in London. It’s been reported that David petitioned for divorce on the grounds of his wife’s unreasonable behavior.

Jodie Kidd and David Blakeley at a party. They are no longer together

The couple has blown the trumpet about their engagement in January 2014 and the announcement of their divorce was made by the model just after 4 months of their official togetherness.

No matter how much we dream of being together, sometimes it just doesn't work out. Guess, Jodie and Blakeley has their own differences which made it difficult for them to adapt to each other's lives.

Kidd and Vianini split in the summer of 2013.

However, before that, Kidd has married Internet entrepreneur Aidan Butler on 10 September 2005 at St.Peter's Church, Twineham, West Sussex following 1 year of romance with him.

Her first marriage has lasted for 18 months until they called it quits in 2007. Well, as of now Jodie is not dating anyone and is certainly enjoying her single life. We would like to wish all the best for her upcoming future.