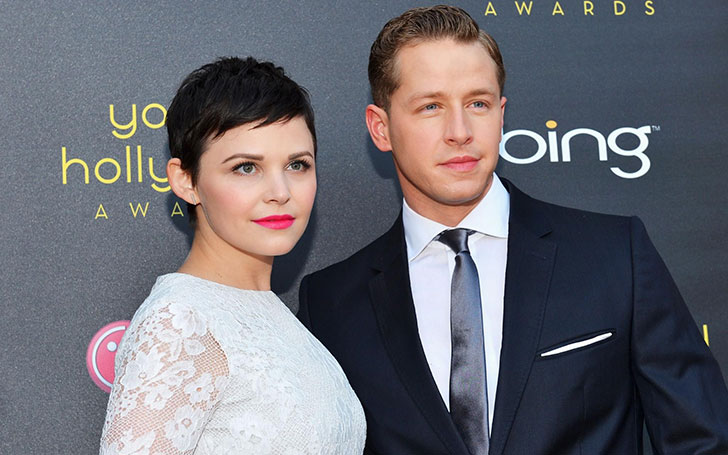 The Once Upon a Time stars Josh Dallas, 37 and Ginnifer Goodwin, 37 are expecting their second child.

Snow White and Prince Charming are expanding their family!

Josh Dallas, 37 and Ginnifer Goodwin, 37 are expecting their second child. Ginnifer Goodwin had announced earlier, November of last year that she and her husband Josh were expecting their second child together. This big news was revealed during an interview in the premier for Zootopia, in which Ginnifer has given a voice over. During the premiere, the 37-year-old actress also revealed that she’s found out the sex of her baby and it’s a boy.

The Once Upon a Time stars are already parents to son Oliver Finlay, 17 months.

Josh and Ginnifer met and fell in love on the set of Once Upon A Time in 2011 before the wedding in a secret ceremony three years later. Their fairytale romance was almost fated by the ABC series, as Ginnifer plays Snow White and Josh takes on the role of Prince Charming. The couple married in April 2014 and one month later welcomed Oliver, before confirming that they're expecting their second child in November last year.

The couple is thrilled to welcome their new addition, though they have not chosen a name, nor has the due date been announced at this time.

Ginnifer has continued to film ABC's Once Upon a Time throughout her second pregnancy. Because she's been so busy promoting Zootopia and filming Once Upon a Time, Ginnifer hasn't been able to afford much time to think of a name for her baby and when she has, she's struggled to find something that sounds appropriate.