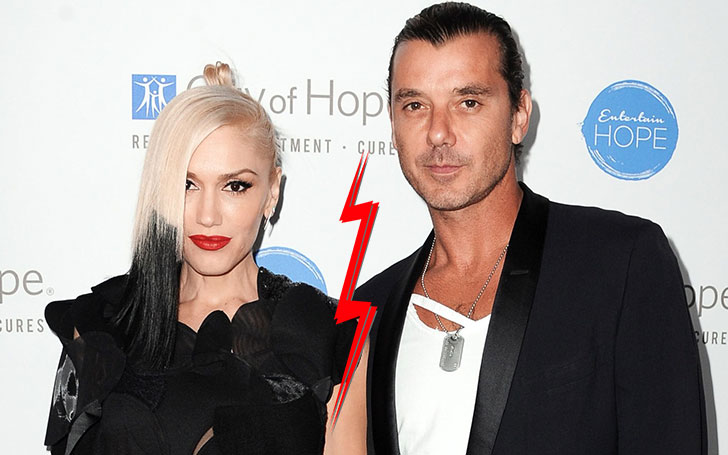 The relationship and the marriage of the singer Gwen Stefani and her former husband Gavin Rossdale have gone down the drain and they have been divorced.

The relationship and the marriage of the singer Gwen Stefani and her former husband Gavin Rossdale have gone down the drain and they have been divorced. They divorce settlement has finally completed and reviled out to the public. The detailed judgment regarding the split of their property and business interested has made the divorce even more real.

Much to the surprise of the fans it was reported that Stefani filed for a divorce from Gavin after marriage duration of 13 years. The reason was the common one, irreconcilable differences. They met on the sets of The Voice and their love story was made permanent after they got married on 1995. The pretty beauty, which is now dating Blake Shelton, also has the name of Tony Kanal on her relationship history. The Voice has Blake, Gwen and Gavin as their judges and it sure will be awkward with the split of the husband and wife and the star of a new love on the show.

According to the final divorce settlements, Gwen and Rossdale will be sharing the joint custody of their three kids. Gwen will be allowed to keep all of the money she earned during the marriage as no prenup was singed then. She has launched a successful solo career, a brand and a network television paycheque so this seems to be good news for her. Gwen has also been granted the order to keep her homes in LA while Gavin will get the four properties they own in Europe. The relationship, which came to an end after it was reportedly known that Gavin had a baby with their nanny, the divorce settlements seems to be a relief from the entire messy affair. The juicy details of the entire story have not been revealed to the public, but it sure can be hoped that the former couple will become successful in their own ways in the time to come.