Is Gwen Stefani divorced with her husband Gavin Rossdale. 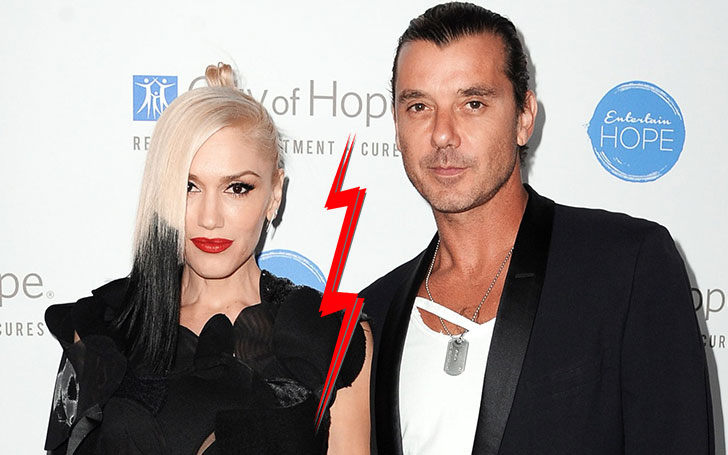 13 years of married life might not be strong enough to hold on a life long relation.

The famous american singers Gavin rossdale and gwen stefani ended their 13 year long married like earlier this summer when Gavin was found having affair with the nanny Mindy Mann. Gavin and Mindy were both found cheating with their love partners for the past 3 years. As soon as Stefani came to know everything she instantly fired Mindy from the job. US Weekly revealed that the babysitter mindy and Gavin were having affair for past 3 years while she was in the job. Parents to 3 kids kingston(10 years), zuma(8 years) and apollo(2 years) Gavin and Stefani filed for a divorce in april of 2016 after the 4 months prior announcement of the end of their married life.

HAVE THEY MOVED ON?

Since their divorce, they haven’t shown any sign of “oh yes! We might get back together”.Stefani is now dating with her fellow judge of the voice.They’re looking quiet serious about each other but when asked to stefanis she finds everything going so fast. She might take some time before getting on to any kind of love issues but marriage could be in their card no sooner or later.

Meanwhile Gavin Rossdale recently made it to highlight dating tiger wood’s ex-wife Elin nordegren. Both of them known as the center of public cheating scandals gavin cheated her wife with a nanny whereas tiger woods was reportedly caught cheating with many girls. What might Elin be thinking? Breaking up after finding her man cheating with many women and getting on with someone who cheated his wife with a nanny.She might also be in need of someone to look after her daughter as we know that being a single parent is quite hard.On the other hand people find Gavin a bit smarter above all moving along with million dollar partner.

Both Stefani and Elin net worth is calculated to be $100 million till date.So is it his some kind of smart move or is it love! Well, for now we have to do some waiting and analysing to jump up to a conclusion

So it looks like all of them are moving along.When asked about the divorce gwen said that It was difficult at first but it was better than living with the fact that she is being cheated behind her back by her husband.Gwen also said that her break up provided her with the inspiration to work with her new album “ This is what the truth feels like”. Meanwhile Mindy Mann gave birth to a baby girl with her boyfriend Spencer Gutcheon who is a skateboarder and are getting married next month.

September 8th 2016... the day I felt a love I've never felt before, watching life come into the world. #auntylove #babygirl