How is Jessica Simpson and Eric Johnson's marred life? 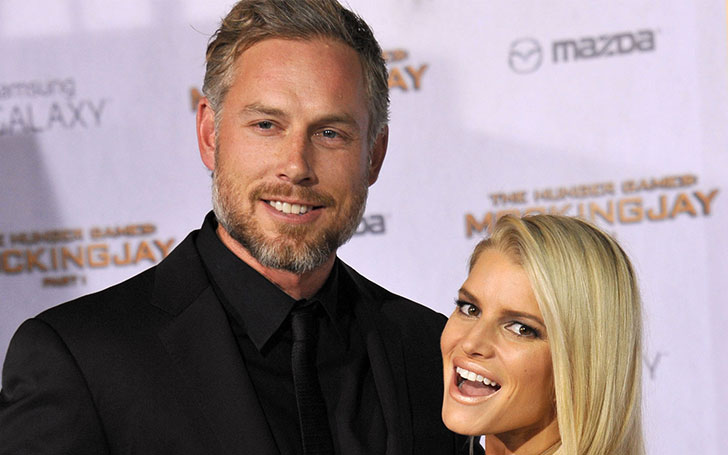 Jessica Simpson and Eric Johnson have been married since the 5th of July, 2014 at the San Ysidro Ranch in Montecito.

Jessica Simpson and Eric Johnson have been married since the 5th of July, 2014 at the San Ysidro Ranch in Montecito. How is the married life of the couple getting along? Jessica has been quick to praise her husband on any occasion possible and by the looks of it; it seems that the couple is getting along very well in their personal lives with no imminent signs of a split. They have a daughter named Maxwell and a son named Ace Knute together and it does not seem that the couple is going forward to nay marital issues yet.

Singer Jessica Simpson and NFL player Eric Johnson started dating on 2010, May. Their love escalated quickly and they were engaged by the November of the same year and their first baby soon after. They waited a long time, however, to get married and had their children before their marriage. The wedding of the couple took place on the 5th of July, 2014. The huge affair was widely followed and covered by news tabloids around the world. The mom and the sister of Jessica were the maids of honor and the best man for the wedding was Johnson’s father. The family affair was made even more special by the presence of their kids and the beautiful pictures were searched widely by the fans of the couple on the media and news tabloids.

The age difference between the couple is a mere 1 year. They own a house worth 8 million in Beverly Hills and with the net worth of Jessica being 35 million; it seems that the couple's certainly doing very well both professionally and personally. The couple is now done having kids and will surely be focusing on bringing them up the best way possible. The marriage of the couple is thus getting along pretty well with no imminent signs of a split and they will surely be together for a long time to come.