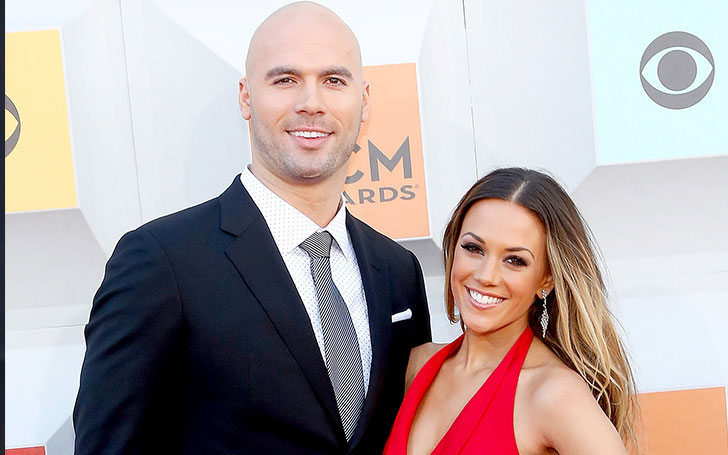 Jana Kramer has been married to Mike Caussin since the past year and the marriage seems to be getting along pretty good with no signs of the split between the husband and wife.

Jana Kramer has been married to Mike Caussin since the past year and the marriage seems to be getting along pretty good with no signs of the split between the husband and wife. Will the third marriage of Jana outlive her former two marriages? Is the couple heading towards a split or are they living together happily?

Jana and Mike recently welcomed their very first baby to the world. the pictures of the pretty little princess were revealed by both of the couple and it surely seems that their relationship is hence getting along pretty well with no imminent signs of a split.

Michael Causiin is a football player and NFL star aged 28 the former One Tree Hill actress got married to him on May 28, 2015. The wedding in itself was a picture perfect affair which took place in Charlottesville Va. The 31-year-old actress tied the knot at the Pippin Hill Farm and Vineyards and the entire event was planned to perfection by Amore Events by Cody. The vows were exchanged in an outdoor ceremony and the bride wore a Galia Lahav wedding gown. The gorgeous nuptials and all the wedding pictures, Caussin ring etc. related to it were searched and looked over in greed by their fans all over the world.

The marriage has been the third one for Jana. She was married previously to actor Michael Gambino on 2004. They were married only for a few months. She then married fourteen years older Jonathon Schaech on 2011. It was reported that the couple had split only after 12 days of marriage. Her third marriage to Mike Caussin, on the other hand, has been getting along pretty smoothly. It can be said that the relationship has managed to become stronger with each passing day and with the birth of their baby, it surely seems that this is a marriage that will last a long time to come.