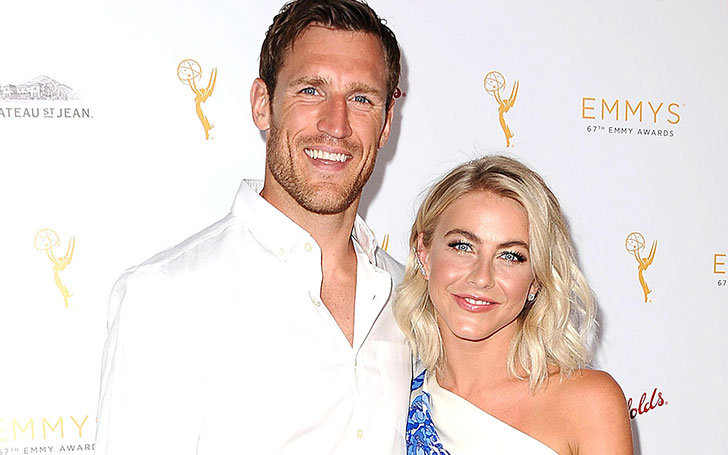 It seems that the extremely well-known couple Julianne Hough and Brooks Laich is not making wedding plans.

It seems that the extremely well-known couple Julianne Hough and Brooks Laich is not making wedding plans. While Julianne has recently revealed that she is in no rush to get married and has not been extensive in planning her wedding, it now seems that the wedding preparations have not even started with a full energy. Might this be because they are about to break-up? Or are they taking it slow and steady?

While Julianne has revealed some wedding details she has not revealed the marriage location. She revealed in an interview that her father wanted her to set a wedding date as soon as possible. According to her Mormon culture, five months into the engagement is a pretty long time and she should have been married to her fiancée already. But it seems that the wedding and its planning are going to be shifted a bit further.

Laich and Hough who are 32 and 27 respectively, are enjoying the stage of their relationship. They have stated that they are enjoying being engaged and are in no hurry to tie the knot. Hough is working hard on her performance on Grease: Live while Laich has been travelling a lot for his hickey games. This hence does not seem to be a fit time to get married. the couple was engaged back in December 2015 and this led their fans to anticipate their upcoming marriage. It, however, seems that the huge affair will not be taking place anytime soon.

Hough has barely started on the planning of her wedding and has only set the wedding dress she would want to wear. Despite the late planning and the shift of the marriage, it can sure be hoped that the couple continues to be happy in their relation together and will tie the knot and become husband and wife soon.