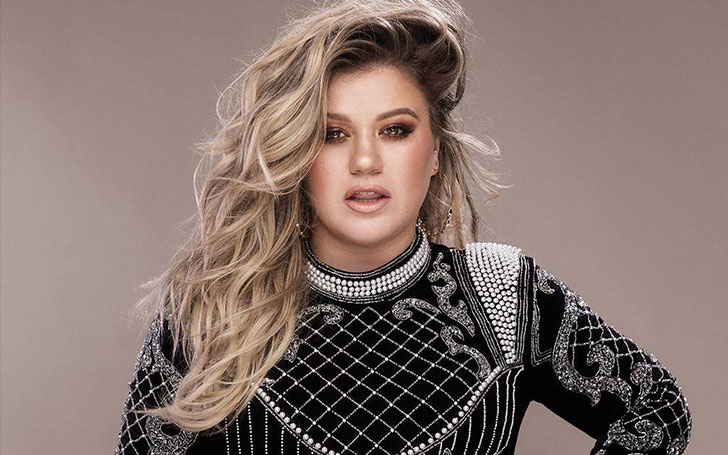 Kelly Clarkson, who is set to have a second baby with husband Brandon Blackstock, seems to be extremely glad with her growing child.

Kelly Clarkson, who is set to have a second baby with husband Brandon Blackstock, seems to be extremely glad for her growing child. This soulful singer, who already has a daughter named River with her husband, is going to have a little baby boy according to reports. Kelly seems to be extremely happy with how her child is growing up and cannot wait for her child to be born.

Kelly and Brandon wed on the 13th of October 2013. They got married in a romantic ceremony in the hills of Tennessee. The couple has been getting along pretty well ever since, with no imminent signs of a divorce. She has managed to keep the relationship holding together with the devotion she has given to her husband. Brandon too seems to be extremely devoted to his now pregnant wife and the couple has made it to the headlines by letting out the intimate details of their cute relationship to the public. They welcomed their first child together, River Rose on the year 2014. After just two years of having River, Kelly is not pregnant with her second child, who has been reported to be a boy.

The 33-year singer of Stronger is expressing her happiness in the social media as well as in the appearances she has given publicly. Her baby bump is growing bigger with each passing day and she seems to be accepting the fact with class and dignity. The pretty singer revealed her pregnancy back in August, at tour stops at the La Staples Center. Ever since then, she has been embracing her pregnancy pretty well and it seems that this pretty singer is set to be the perfect mother that she is to River, with her second child too. fans sure hope that the good news of the delivery of the child can be heard in the news real soon.