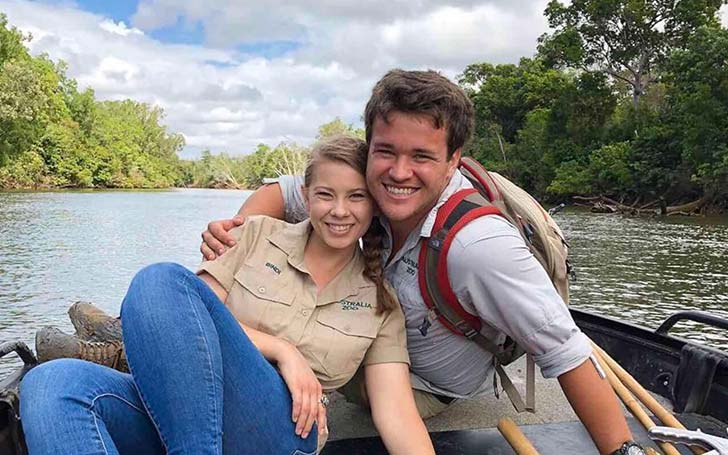 Bindi Irwin is set to become wife to her boyfriend, Chandler Powell. The couple is set to get married soon and Bindi recently wrote a message to her late father, her brother will walk her down the aisle.

Bindi Irwin is soon getting married to her long term boyfriend and fiance, Chandler Powell. Although the couple didn't announce the date of the ceremony, it's certain that the wedding is just on the way. 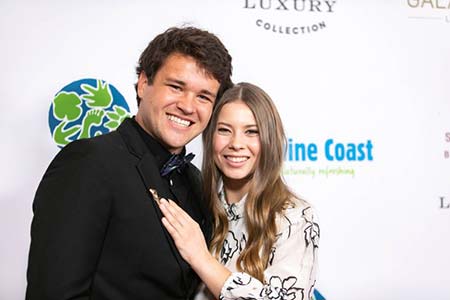 Bindi recently on August 2, 2019, shared an emotional post to her late father, Steve Irwin, on her Twitter, stating her brother, Robert Irwin will walk her down the aisle. Check out her post!

Dad,
You’d be so proud of Robert. He’s been such an amazing support during this new life chapter.
I know you’d be beaming with pride when the time comes that he walks me down the aisle. I wish you could be here for these moments, but I know that your spirit lives on in us pic.twitter.com/6TGHUU9MxH

People were emotional and showed love to her through the comment section. One user said, 'The world is so lucky to have known your dad. I bet he is so proud and happy for you'. Also, another user wrote, 'Bless you. The spirit does live on thru both of you. How precious to have your brother walk you down the aisle.'

Bindi could not spend most of her life with her father as he died when she was aged 9. Nevertheless, he is always in her thoughts and she misses him alot.

Bindi and Chandler dated for quite a long time before he popped up the question on July 24, 2019. Powell took the special day to propose her as it was her 21st birthday. See the post she shared on Instagram!

July 24th 2019 On my birthday I said ‘yes’ and ‘forever’ to the love of my life. Chandler, close to 6 years ago I fell in love with you and every day since has been a whirlwind of adventure and true happiness. I’m so looking forwarding to spending our forever together as your wife. Here’s to a lifetime of friendship, purpose and unconditional love. — Now let’s get married already!

She attached a beautiful caption stating how she fell in love with him six years ago. She added saying, the whirlwind of adventure they both have been together with and desire to get married soon.