Liza Weil and Paul Adelstein divorcing after 10 years of marriage 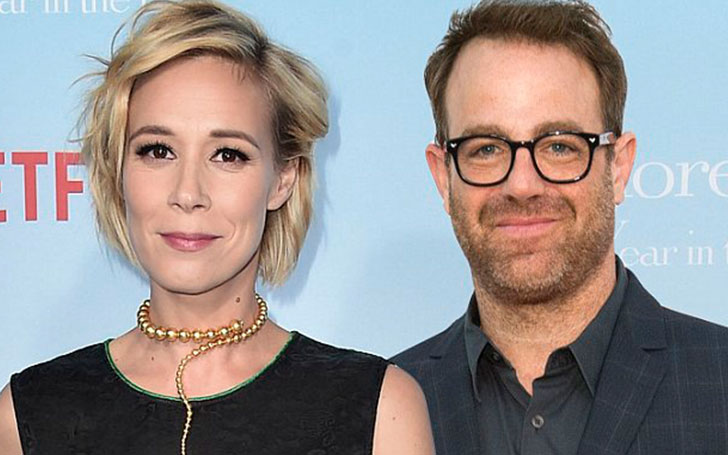 The 38 years old actress Liza Weil and the 42-year-old actor Paul Adelstein have bid goodbye to their marriage after a decade of togetherness.

The 38-year-old actress Liza Weil and the 42-year-old actor Paul Adelstein have bid goodbye to their marriage after a decade of togetherness. They apparently split in January 2016 and are seeking for divorce. It was Liza who had filed the papers for the divorce, requesting the joint custody of their five-year-old child on April.

Liza is an actress of American nationality who has been known best for the roles she has portrayed in television series like Gilmore Girls and most recently as Bonnie Winterbottom in How to Get Away With Murder. Her husband Paul Adlestein has made his name in the entertainment fraternity by appearing as Paul Kellerman in Prison Break as well as the role of cooper Freedman in Private Practice. The couple started a relationship after meeting through a common carrier and their love translated into the bond of marriage on 2006. They got married on November 2006 and the marriage ran pretty smoothly for up to a decade. They have a daughter who was born on April 2010. Weil has reportedly been known to have filed for divorce and requested for the joint custody of their child after the couple split in January 2016. She has also been known to have used mediation to take spousal support from her former husband.

It is sad to note that like other celebrity couples, this hugely liked and respected couple could not make their relationship stand. A decade of marriage has been split up due to problems and the couple surely will be moving their own ways as soon as the divorce will be finalized. They are both experiencing a huge amount of success in their professional lives but their personal life has surely taken a toll. It sure can be hoped that the couple becomes happy in their future relationships to come.