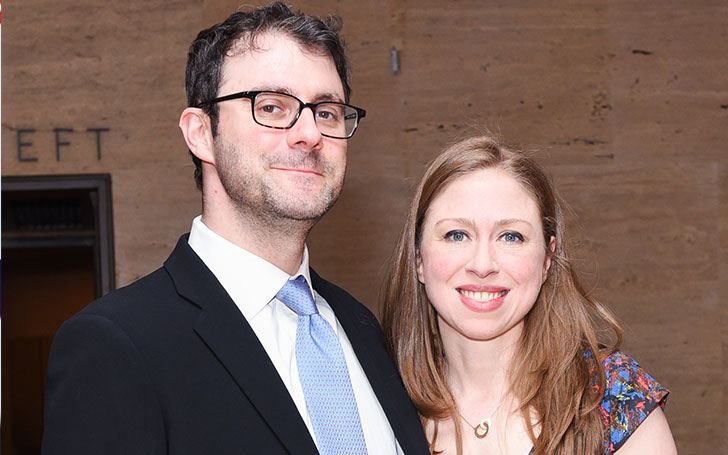 The daughter of Marc Mezvinsky and his wife Chelsea Clinton’s daughter named Charlotte has turned one.

The daughter of Marc Mezvinsky and his wife Chelsea Clinton’s daughter named Charlotte has turned one. The couple, who is expecting their second child soon, has been married to each other since 2010. Marc is the son of former Congress members Marjorie Margolies and Edward Mezvinsky while Chelsea is the daughter of the former President of the United States, Bill Clinton.

The first year anniversary of the birth of Charlotte was made a well-known affair by Chelsea as she posted a picture of her and her daughter together on Instagram. The 36-year-old beauty is now expecting her second child with husband Marc. Marc and Chelsea met on a Renaissance Weekend retreat which took place in Hilton Head Island, South Carolina. They became friends but did not start dating immediately. They were known to be a couple only in the year 2005 and the couple got engaged on 2009 over Thanksgiving. After this, they got married to each other a year later on the 31ts of July 2012 and their wedding was an interfaith ceremony which took place in Rhinebeck, New York, Despite rumors that the couple has marital issues, they have been getting along pretty well with no imminent signs of a divorce.

Clinton and Marc’s daughter Charlotte’s birth date is on the 26th of September, 2014. The one-year-old is a celebrity baby and has been subject high into the heights of fame ever since she was a child, her childhood will surely be a good one and her beautiful pictures at the age of 1 have been circulated around in the news tabloids. Chelsea has undertaken the social media to share her memories with her daughter and with her second baby on the way, it seems that Chelsea is ready to expand her family and become a mom.