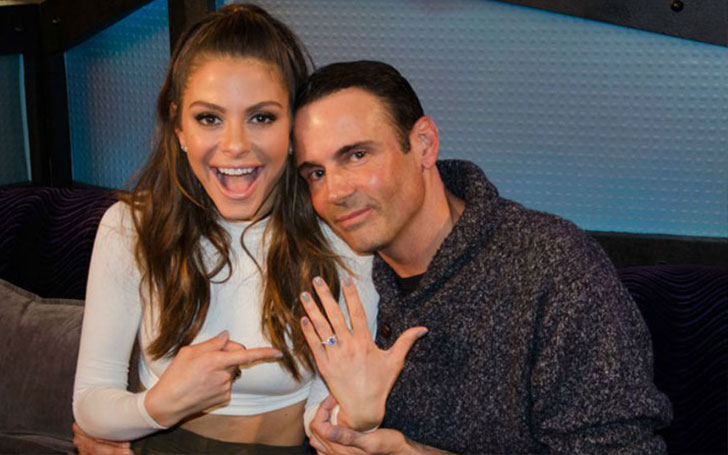 The beautiful Maria Menounos has finally been engaged to ling time boyfriend and business partner Keven Undergaro. This news comes out after Keven decided to finally propose to his love on The Howard Stern Show on the 9th of March. The answer definitely was a positive on and the couple surely is set to get married real soon.

Maria, who seemed to be extremely shocked after the proposal that came about in the show, confirmed the engagement by saying yes. This is good news for the fans of this pretty beauty who has been in a relationship with Keven since 1998. The couple is the owner of the entertainment network called the AfterBuzz TV and has had a pretty good affair since the April of 1998. Their relationship has stood the problems of time and work and has stood high for a duration of almost 18 years. It finally was time for the couple to get married and this engagement has made it possible for them to do so.

Maria, who is a professional wrestler, actress, and journalist, has a pretty successful career in all the fields she has been involved in. She has a huge net worth and salary and a perfect body and entertainment skills which have always managed to appeal to all her fans around the world. Her boyfriend and to be husband Kevin Undergaro is a director and producer who has been supporting her and has been by her side since 1998. The time for the couple to tie the knot is perfect and this has been ensured by the cute engagement that they had on the 9th of March. Wishing the couple their very best for the upcoming future, fans of this beauty can sure hope to see her reach further up in the entertainment fraternity in the days to come.