Home Article Michael Griffiths and Joanna Chimonides nightclub kiss gets slammed by none other than Love Island winner, Amber Gill!

Michael Griffiths and Joanna Chimonides nightclub kiss gets slammed by none other than Love Island winner, Amber Gill! 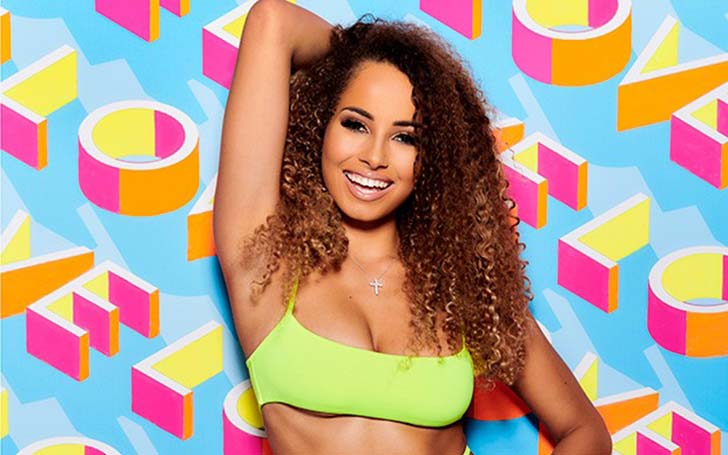 Amber Gill was quick to slam the other two contestants; Michael Griffiths and Joanna Chimonides for kissing in the nightclub. Well, the fact that they dumped each other in the show, makes the situation interesting. Amber thought it was weird how Michael got back to Joanna in the outside world. 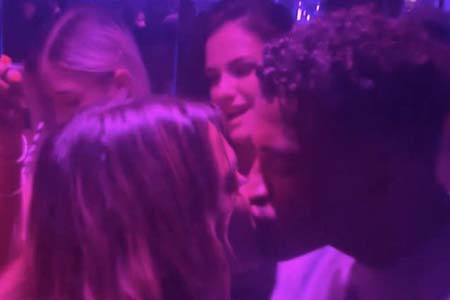 Michael Griffiths and Joanna Chimonides caught kissing in a restaurant.

It was all crazy in the Love Island house, with Amber, Joanna, and Michael. Moreover, Michael was with Amber for a long time and cheated her with Joanna in Casa Amor. Also, he blamed Amber after ditching her. Furthermore, he later ditched Joanna to again get back with Amber. Surprisingly, Griffiths was recently spotted kissing Chimonides, which confused Amber, who felt weird about it.

What took Amber by surprise was the fact that Joanna actually went back to him even after the show. Speaking about it to Metro, Gill said,

"Yeah, I am surprised. To be fair I didn’t see much of their relationship because I avoided watching it and how they were but Michael definitely tried to get back with me so that’s a bit weird."

Joanna denied kissing Griffiths and speaking about it she said,

"The pictures she's talking about, we weren’t actually kissing. Then different pictures have come out which are quite undeniable. We don’t really know where that’s going because obviously we still have feelings for each other and we can't really turn that off."

Also, Griffiths agrees he likes her but doesn't know what the next step will be. Moreover, both of them are currently not concerned about how it's going to end but rather are enjoying their present life, talking and chatting to each other.