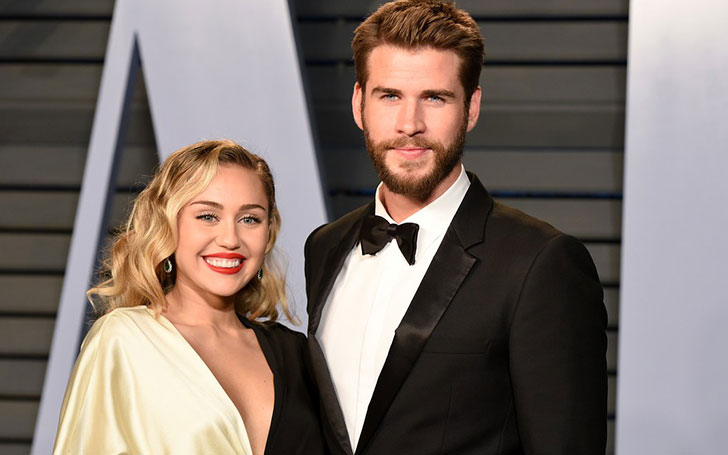 If rumors are to be believed, Miley and Liam have already been married in a romantic beach wedding in secret.

Miley Cyrus is a personality who always managed to make the headlines. Be it due to her acting skills, her twerking skills, her outgoing character, her revealing clothing or her to die for attitude, she has always managed to make her name renowned all across the world. After a brief infidelity stint with fiancé Liam Hemsworth, she has finally found a way to accept him back into her life. Liam had been found cozying up with some another blonde while on a vacation and this news led to a brief split between the couple. They have however rekindled their relationship and if rumors are to be believed, they have already been married in secret.

It has been assumed that this newly rekindled relationship has turned to that of a husband and wife without letting fans and news tabloids know. It has been rumored that the couple have married secretly within the circle of family and friends. The couple has taken part in a secret, romantic beach wedding which has made them tie their knot and vow their dedication to each other. While none of the duo have either confirmed or denied the proof of the rumor, it can also not be just assume to be false.

Since reuniting back on January, the on and off again couple has been closed up in Malibu according to a source which has revealed the information through Us Weekly. It has been estimated that Cyrus has been cleaning and cooking for Liam and assuming the role of a dutiful wife. This has further enhanced the existence of the rumors and the couple actually seems to be having tied the knot secretly. While the rumors have not been actually found to be true, it sure can be hoped that Miley and Liam both release the information regarding their affair to their fans real soon.