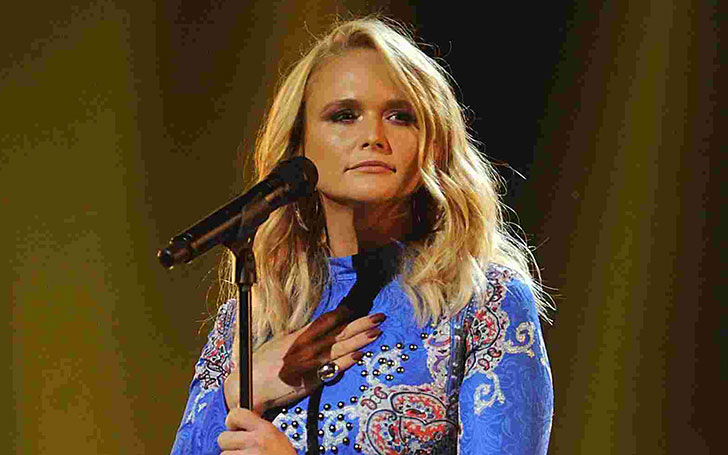 Miranda Lambert took the world by surprise when she announced that she married boyfriend, Brendan McLoughlin. She announced the beginning of the new chapter of her life through an Instagram post of her big day.

Miranda Lambert is a married woman!

Miranda Lambert took the world by surprise when she announced that she eloped with her boyfriend Brendan Mcloughlin.

The country singer took to Instagram on Saturday, 16th February 2019 to let her 3.5 million followers in on the massive revelation. She snuggled her husband draped in a white lace gown in the photo reflecting on her wedding day held in the beautiful outdoors. 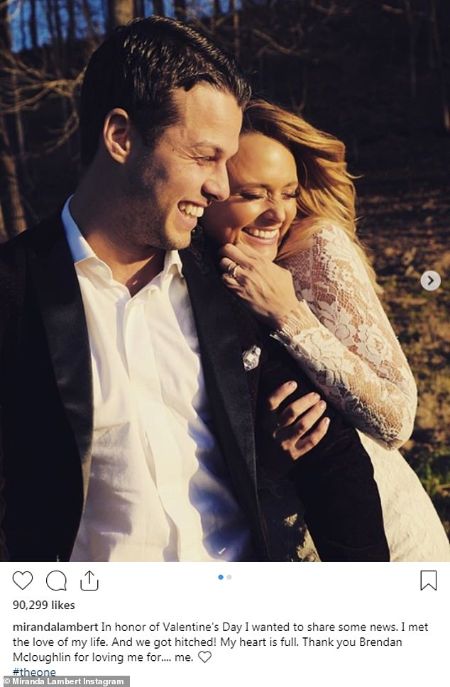 The fans of Lambert were completely unknown about the relationship of the now husband and wife. Neither Miranda nor her husband shared any details relating to how they met or any of the happenings of their romantic indulgence.

She looked very happy and blissful while holding her spouse tightly in the photo. The wide smile sure represents the singer being in a fulfilling relationship with him while starting a new chapter in their life. 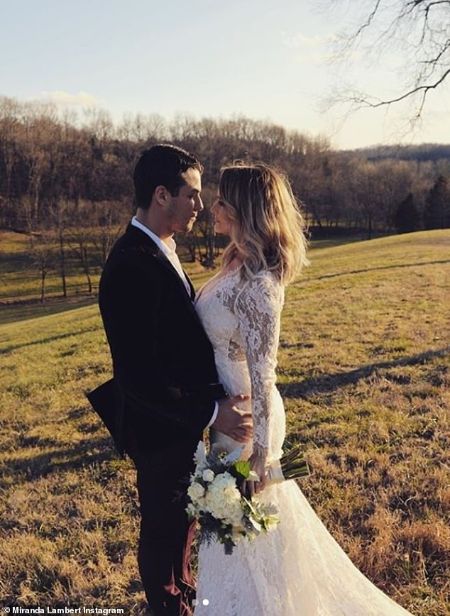 According to reports, Brendan is a police officer from Staten Island. He is a prominent and valuable member of the N.Y.P.D.  Reportedly, he also welcomed a child in November 2018 from his earlier relationship.

A representative for Lambert told DailyMail that the duo has been married for a while.

Marinda maintained an active love life before she married Mcloughlin. She dated Evan Felker back in August of 2018 but their relationship was short lived. The pair met each other while they were on tour together.

Prior to that, Miranda dated singer Anderson East. The duo romantically enriched each other's lives for over two years and eventually had a falling out in February 2018.

This is however not the first time Miranda walked down the Aisle as she married Blake Shelton from back in 2011. Their union met an end in 2015. 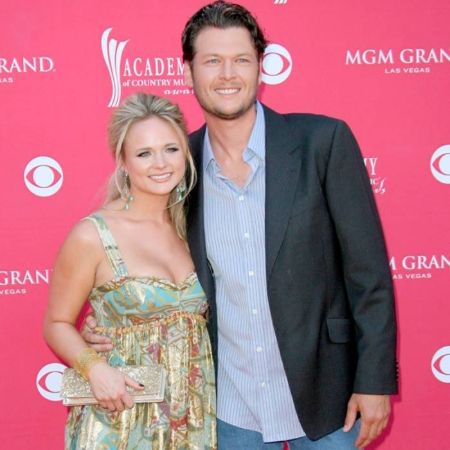 Moreover, she depicted her emotional journey of the split from husband Blake Shelton in an album The Weight Of These Wings. The album released back in 2016. However, she didn't put much effort into promoting the album as she didn't want to answer questions about her failed marriage.

She told during an Interview,

"When the music was out, people had listened, I got on the phone for the first interview. The first question was, 'How do you feel about Gwen [Stefani]?' I hung up."

Miranda made headlines earlier in this week after an argument in a Nashville steakhouse turned sour. She ended up being filmed while she had to be restrained during the argument.

Reportedly, The singer dumped a bowl of salad over a woman's head during a heated argument at the Stoney River Steakhouse.