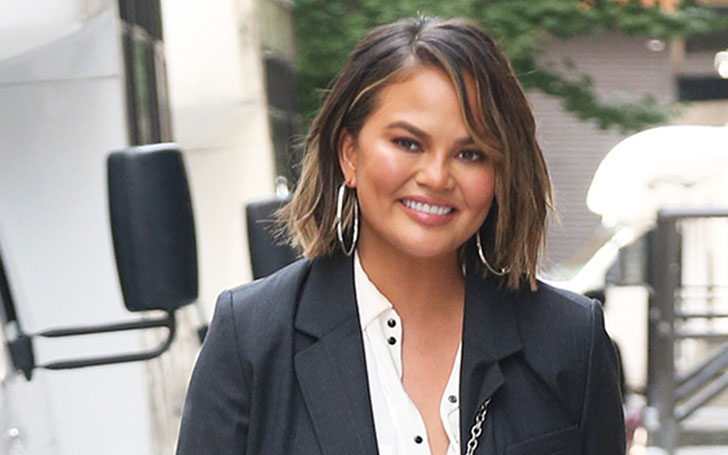 The beautiful model Chrissy Tiegen has recently revealed that’s she is pregnant with her child with husband John Legend.

The beautiful model Chrissy Tiegen has recently revealed that’s she is pregnant with her child with husband John Legend. This pretty beauty has managed to look even prettier despite her pregnancy and has graced the red carpets of the Grammy. She released the information regarding her pregnancy back in October 2015 and it has been reported that the baby to be born is a girl. John and Chrissy got married on September 2013 and despite rumors of going through marital issues, they have been getting along pretty well.

Chrissy, who has always managed to look graceful in all circumstances, has not made her pregnancy an issue to look distraught. She has graced her pregnancy beautifully and seems to have custom made the perfect dresses suit her in the situation. Her doting husband John has been by her side throughout the process and it seems that the relationship of the couple is set to last for a long time by the looks of it.  The baby is set to be born before April this year and it sure will be a big deal for the couple.

Chrissy and John had been trying for their very first child for a long time now. After much trying they got pregnant and it seems highly suitable for the couple to be so excited about the matter. As an extremely good looking couple, it can be said for sure that their little girl will be a beautiful one. She is certainly enjoying every second of being pregnant and will be the wonderful mother to her very first child. Chrissy has been extremely open regarding her infertility issues that made it impossible for her to conceive sooner. Needless to state, her pregnancy has been joyfully accepted by all of her fans around the world and us sure wish that she gives birth to a healthy, cute girl real soon.