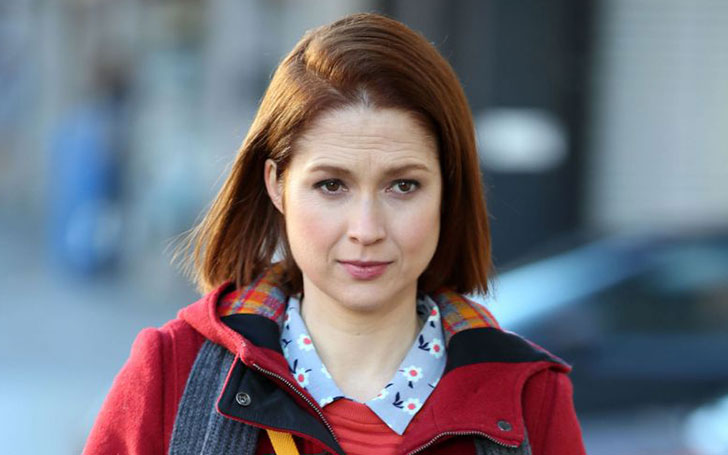 The lead actress of the hugely popular comedy show of Netflix, Unbreakable Kimmy Schmidt has managed to perform in the second season of the show despite her pregnancy.

The lead actress of the hugely popular comedy show of Netflix, Unbreakable Kimmy Schmidt has managed to perform in the second season of the show despite her pregnancy. The second season of the show are anytime soon but she has also revealed that fact that she had been acting all along the season despite her pregnancy. She revealed her pregnancy to the world on the Tonight Show starring Jimmy Fallon and the details about when exactly she is due, has been kept under the wraps.

She is known to have kept her pregnancy a secret when working for the second season of her Netflix show. She might thus be further along her pregnancy. This is her first pregnancy with husband Michael Koman and both of the pairs are hugely secretive about their personal life. from what it can be known, it can be said that Ellie was working and performing on her second season of her Netflix show, so she is due anytime now. She has however managed not to reveal the actual date of the delivery.

This pretty beauty, who was involved in an interview recently on the Ellen Degeneres Show, revealed her excitement and happiness for the arrival of her new baby. She also revealed the annoyance she felt when people looked at her belly. She looked adorable in a sleeveless midi dress which accentuated her body perfectly and also revealed that she is due this summer. This highly talented actress did not care about her body condition when filming for the second season of her Netflix show and has certainly done a good job of being extremely natural and talented in her portrayal of Kimmy Schmidt. She is at the height of her career with the success she is attaining from the show and with the birth of her baby; she will be equally successful in her personal life too.