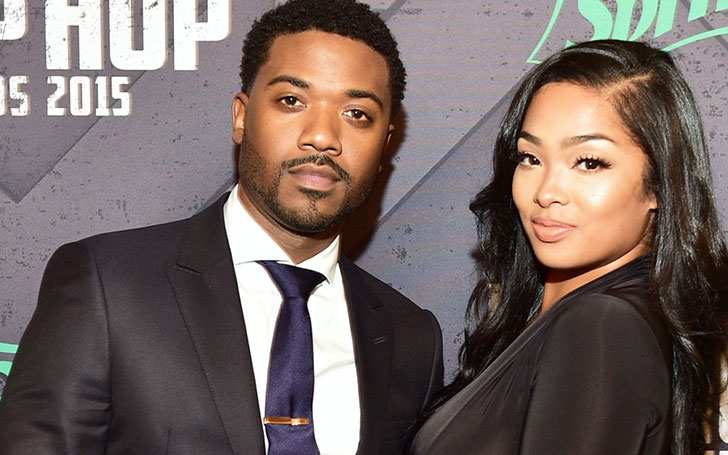 Ray J is happy with his declaration now. Well! The news is about his engagement with Princess Love. With the new beginning of the relation, Ray J is tuning into this new step of love story

Ray J is happy with his declaration now. Well! The news is about his engagement with Princess Love. With the new beginning of the relation, Ray J is tuning into this new step of love story. Getting engaged with Princess he has indicated, he will be soon mentioning about their marriage date inviting to the media on the very occasion. Showing the fiancée’s ring he shared his happiness with the media. This 34 years old reality star has shared his ring picture on Instagram has taken much of attention from his fans. According to him, Ray who is known for his appearance on Love and Hip Hop alongside Slick Woods dated her at least a year and they are happy with their life for now. Even he hinted to get married to her very soon.

He proposed his love in tarmac airport with a big surprise. It was in the front phase of a small private plane and Princess was surprised for a while. Even she stated she cried like a baby as she was proposed in such a precious way. She was called out as his best friend and they reviled this great news with dropping a good hint. Dating from the past 2014 they were very smooth and good going in their relationship which gave an ultimate destination for now.

Previously Princess was arrested because of her attack towards Ray while they were staying in New Orleans hotel. But according to this couple, for now, those confusion and misunderstanding are all sorts down for now, therefore; they are easy and comfortable with each other’s company. Similar to that they even promised no matter how hard the situation is they will never divorce each other and end their married life. For now, they are busy in sharing their love to the public and clarifying all the confusions that have occurred among the media. They seem fair in their love now.