Rumors of Ben McKenzie and Morena Baccarin marriage gather momentum as they welcome a baby girl. 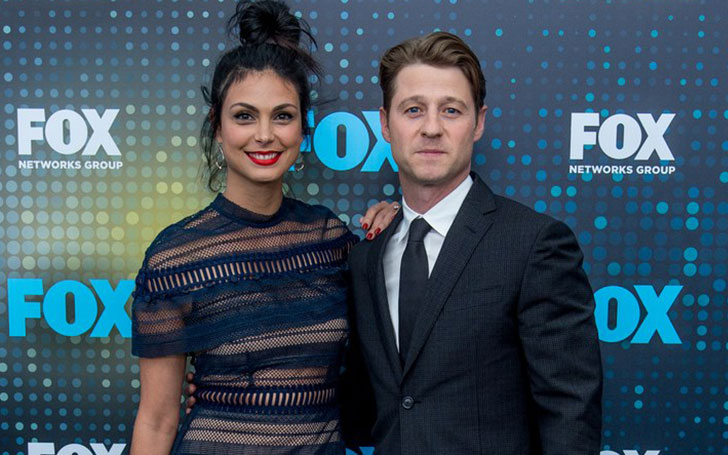 These days ben McKenzie and Morena Baccarin are busy receiving blessings and good wishes from their loved ones since they became mother and father to their newly born baby. Morena is getting married to Gotham co-star and she’s excited about getting pregnant for the very first time.

Their baby girl is a lucky charm as she have added more happiness and pleasure in their married life. They named their daughter Frances Laiz Setta Schenkkan who was welcomed by the couple on March 2.
Ben and Morena’s affair was the hit story for their fans in the past. From the very moment when they were in a relationship, all of their fans were sure that they would walk down the aisle. Ben was much more excited to introduce Morena as his wife. He was thrilled to know that he would be spending the rest of his life with such an amazing woman.

Ben is also a frank person and he was open about his affair with Morena.

Previously, Ben dated many celebrities in the past. His publicly known girlfriend was Amanda Loncar in 2006, which only lasted for a year. Although the rumour of Ben being with Nina Dobrev amazed everyone in 2014, he simply stated that they were just good friends and they were nothing more than that.

Ben and Shelley were also considered as the cute couple in 2013. His very first official girlfriend announced publicly was Emily VanCamp whom he dated in 2004.

But now Ben is enjoying a fabulous time with Morena and loves being the father of a newly born baby. He has mentioned that being a father has added much more responsibility and attachment to his family life. He has promised Morena that he will not break up like he used to before. It seems Ben is a changed man now for good.