Home Article Shia LaBeouf and Mia Goth are getting married

Shia LaBeouf and Mia Goth are getting married 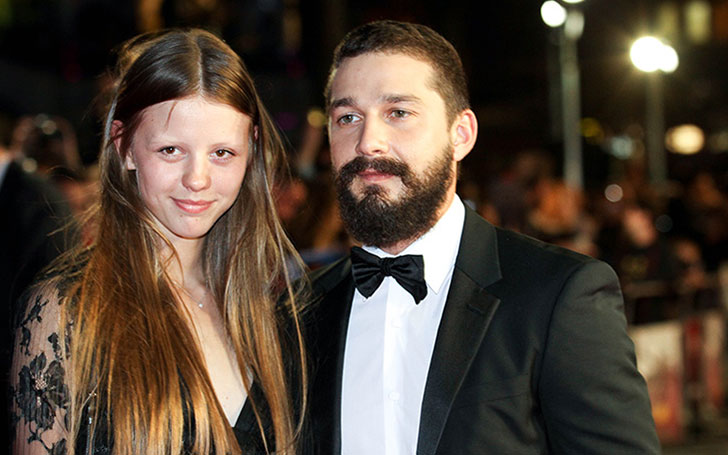 Finally, the wait is over. Yes, there has been the announcement of Shia LaBarouf that he is getting married soon with the love of his life.

Finally, the wait is over. Yes, there has been the announcement of Shia LaBarouf that he is getting married soon with the love of his life. Mia Goth and Shia are currently looking for a perfect date for their wedding as mentioned by US Weekly. They were even sharing some of their wedding plans to a grocery store employee as they were having their fabulous shopping time together. Previous than Mia he also dated with Karolyn Pho from 2010 till 2012. There was even the rumor of him getting married with his girlfriend Carey Mulligan in the previous time. He also got encountered with many hit celebrities of the town but his final choice became Mia.

This 22, years actress was also spotted with his fiancée in a shopping store where she was with a big diamond ring on the left-hand ring finger of her. It was the last spring story where they were enjoying and collecting memories for each other. Even Shia also gifted her with a beautiful wallet with his pictures kept inside. He elaborated whenever Shia feels low and sad that will be the time his gift makes her warm enough to feel he is by the side of her.

Approximately 421K followers are approaching across Shia with his posts in twitter and around 738 tweets made by him are liked by his fans. He elaborates all his success credit to his parents and the moment Mia came in his life. It got absolutely changed for a while. They are planning for a new vacation trip as well. He also made a tattoo as “You, Now Wow” took a great attention to the media even where he kept its picture into his twitter account. It seems that has indirectly indicated to Mia for all of her love care and support towards him. <blockquote class="twitter-tweet" data-lang="en"><p lang="en" dir="ltr">you. now. wow.<a href="https://twitter.com/hashtag/TOUCHMYSOUL?src=hash">#TOUCHMYSOUL</a> <a href="https://t.co/i0Wt2X7Mpa">pic.twitter.com/i0Wt2X7Mpa</a></p>&mdash; Shia LaBeouf (@thecampaignbook) <a href="https://twitter.com/thecampaignbook/status/676174868900114433">December 13, 2015</a></blockquote>
<script async src="//platform.twitter.com/widgets.js" charset="utf-8"></script>