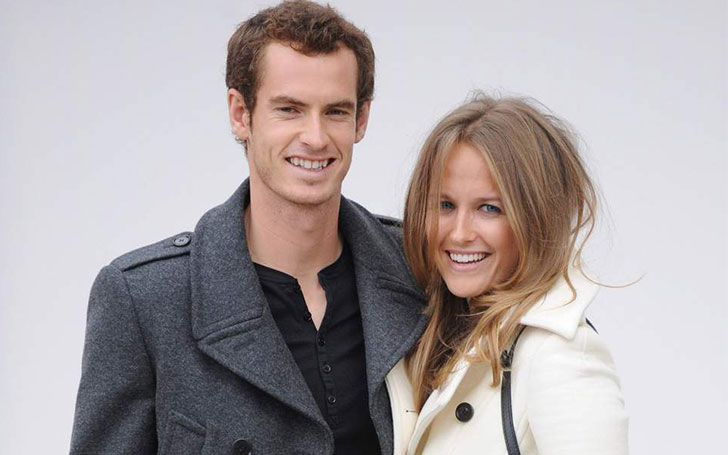 Tennis star, Andy Murray, and his wife, Kim, name their newborn daughter, Sophia Olivia Murray, who was born on 7 February

Tennis star, Andy Murray, and his wife, Kim, name their newborn daughter, Sophia Olivia Murray, who was born on 7th February. Although a lot of bookmakers had names such as Freya, Alexandra, and Elizabeth as favorites but the couple have chosen a name that is the most popular girl's name in UK and Ireland.

The new parents have not given a lot of details about their daughter as of now, instead choosing to keep a low profile at their Oxshott home. A source close to them said after the birth that the “family are doing well”. Murray, who wed his long-term girlfriend, Kim, in his home town of Dunblane in April last year, is said to be massively excited about the birth of his new baby daughter. It is said that Murray and his wife are also planning siblings for Sophia within the next couple of years.

This news should help relax Murray's father in law, Nigel Sears, as he was hospitalized after collapsing in a pool of blood’ at the Australian Open just weeks before his daughter Kim was due to give birth.

Murray, 26, is already worth an estimated £32 million, but his dramatic recent win against Novak Djokovic, 26, will enable him to make as much as £20 million a year in salary from sponsorship deals. His overall net worth is close to a whopping $70 million, making him one of the richest tennis star of all time. The bio of the tennis star goes to show that little Sophia is a fortunate young kid to have such a famous star as her father.

Kim Murray and Andy have also been pictured for the first time since welcoming daughter Sophia Olivia into the world as the new parents enjoyed a relaxed day with their baby girl as they headed out to grab a coffee in Surrey on Wednesday. Kim, 28, was seen wrapped up warm as she headed to a coffee shop while pushing newborn Sophia in her pram. The new father also insists he's already quite good at changing his little girl. 'I’ve not held her upside down yet, but after the first couple of days, I felt much more confident. I have never been this happy in my life before. Parenthood is great' said the tennis star.