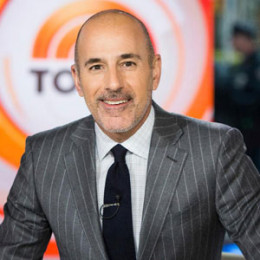 Matt Lauer is a former American News host and anchor who started to work in the media field since 1979. He first worked as a producer for WOWK-TV and later on started hosting and anchoring various programs on various News channel. Later on, he started to work with both NBC News and WNBC-TV in 1992.

Besides news television, he also hosted a television series named "Fame, Fortune and Romance". Lauer in his 20 years of career in the media field has made a good fortune and made himself experienced in many platforms.

Matt Lauer was born Matthew Todd Lauer to parents Marilyn Lauer and Jay Robert Lauer on December 30, 1957, in New York City, United States. His mother was a boutique owner while his father was a bicycle company executive who divorced when he was just in his early youth. Lauer's father was of Romanian Jewish origin but his mother was not Jewish so he wasn't really into the Jewish culture. 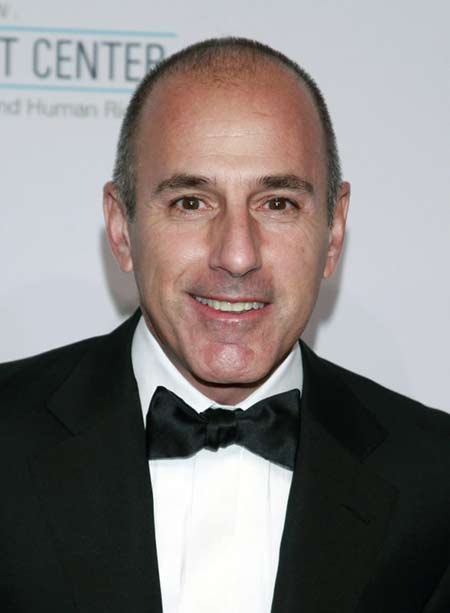 For schooling, he attended Scripps College of Communication and School of Media Arts and Studies. He used to study at Ohio University but dropped out in 1979 only to return to the same institution later on to earn his undergraduate degree in 1997.

Lauer has dropped out beforehand to make a career in the media world. In 1979 he started to pursue his career as a producer of the noon newscast for WOWK-TV located in Huntington, West Virginia. The following year after his debut in the media field he became an on-air reporter who used to report at 6 pm and 11 pm newscasts. In 1986, he worked as a host for the American Television series Fame, Fortune, and Romance for a year.

Later in 1988, he hosted shows like Talk of the Town for WNEV-TV, 9 Broadcast Plaza and also hosted some program of MSNBC and Discovery Channel. While linked with Discovery Channel he hosted the show named The Great American where people had to vote from telephones and internet and a winner was selected from the most votes received. Lauer in his career has worked with many huge news channels. He worked with WNBC-TV till 1996 and during his time there he also joined NBC News in 1992. For the American Broadcast Television NBC News, he worked as a fill-in anchor who anchored the programs like Weekend Today and NBC News at Sunrise.

Along with hosting and anchoring he also has his hands as a correspondent who worked in the program Rock Center with Brian Williams from 2010 to 2013. Lauer has been a contributing anchor for Dateline NBC from 1997 to 2017 for which he gave most of his time as an anchor. He also has worked a lot as a Macy's Thanksgiving Day Parade from 1998 to 2017. He appeared in the live episode of the American sitcom Will & Grace in 2006. The same year he and his daughter hosted the show Sesame Beginnings: Exploring Together.

Besides his usual career, he also loved to act and appeared as himself in the 2009 movie Land of the Lost. He voiced a character named Hark Hanson who was a reporter in the animated movie Curious George 2: Follow That Monkey!. Lauer has also been cast in the small screen as he portrayed himself in TV movies Sharknado 2 & 3.

Matt Lauer is estimated to have a net worth of around $60 million which he earned from his career in the media field. He is one of the highest paid television hosts according to Time Magazine and used to earn $25 million annually as a media person before he was fired.

Lauer wanted to grab $30 million from NBC but they didn't fulfill his request as the NBC News President Noah Oppenheim rejected it. Altogether he made an income of around $100 million and owns a 40-acre horse farm, waterfront estate, and an Eastside co-op building. His North Haven Estate costs around $33 million. 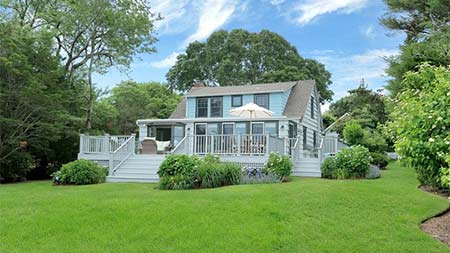 While his association with the daily live broadcast news called Today he took home an annual salary of $12 million, $13 million and $25 million in years 2007, 2009 and 2012 respectively. He has kept his New York apartment for sale at a whopping price of $7.35 million.

Matt Lauer was married twice once to Nancy Alspaugh and next married Dutch model Annette Roque. He is a divorced man now and is not rumored to be dating anyone at the moment. Lauer formerly married television producer Nacy Alspaugh in 1982 and the couple stayed together for seven years getting a divorce in 1989.

They didn't give birth to any children during their marriage. After his split from Alspaugh, he approached a Dutch model named Annette Roque whom he had met while on a blind date in 1997. 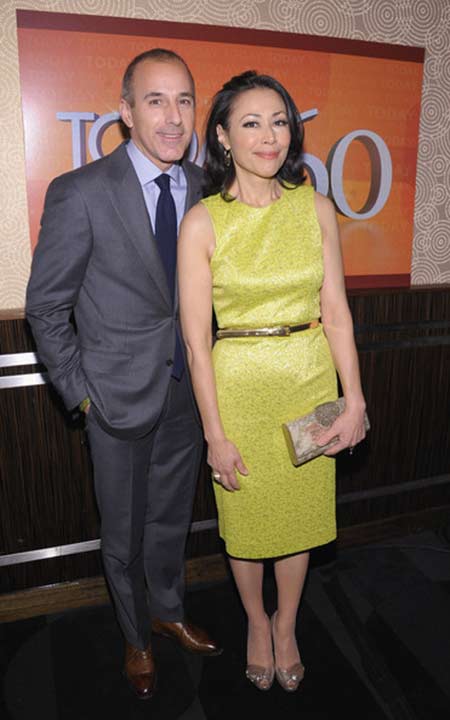 They dated for five months and got married on October 3, 1998, in Water Mill, New York. The couple has three children together named Jack Lauer born on June 26, 2001, Romy Lauer on October 2, 2003, and a son named Thijs Lauer on November 28, 2006. The same year when she was pregnant with their third child Roque filed for divorce but called it off after receiving counseling.

But the couple finally separated after Lauer was accused of sexual harassment which made it impossible for Rogue to live with him. Their case was filed in July 2018 and Lauer has to pay a huge sum.

Lauer was alleged for a sexual harassment case and was fired from NBC News on November 29, 2017. He had sexually harassed a female employee of the NBC office during the 2014 winter Olympics that happened in Sochi, Russia. The victim stated he continued harassing her after returning to New York as well. Since NBC hadn't found any other allegations made about him before that they couldn't really decide if the victim was telling the truth or not.

But after investigating deeply by the The New York Times and Variety they reported that 10 of his current and former colleagues had made allegations. He had a physical relationship with a production assistant named Addie Zinone from his workplace Today. She told the media that she maintained that kind of relationship with him since he was in power and she feared rejecting him would have affected her career.

For his misconduct, he apologized and also said that most of the things that are being depicted about him are not true however he knows he has done a very bad deed which is shameful.

The couple had married in the year 1982 but divorced in 1989 after staying together for seven years. They don't have any children together.

The couple married on October 3, 1998, and lived a happy married life for 19 years. They got divorced in 2018 and have three children together.

The couple gave birth to their first child together named Jack Lauer born on June 26, 2001. He has two other younger siblings.

The couple gave birth to their daughter Romy Lauer who was their second born on October 2, 2003.

The couple gave birth to their last child a son named Thijs Lauer on November 28, 2006.