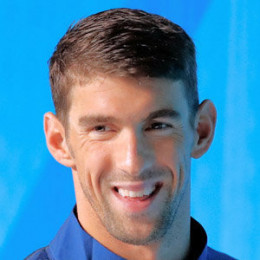 American former competitive swimmer and the most honored Olympian of all time with a total of 28 medals. Born to Fred and Debbie Phelps, he was initially afraid to put his head under water so, his instructors allowed him to float around on his back hence he mastered backstroke as his first stroke. At the age of 15, Michale became the youngest American male swimmer to compete at an Olympic Games in 68 years of history.

Phelps is currently engaged with his long time sweetheart and girlfriend Nicole Johnson. Michale and Nicole met in Los Angeles in 2007 and dated on and off for years before going permanently on again in 2014. They got engaged in February 2015 and welcomed baby boy Boomer Robert Phelps this past May 5 2016. In September 2014 Michale was arrested on charge of drinking and driving under the influence of alcohol and speeding in Baltimore.