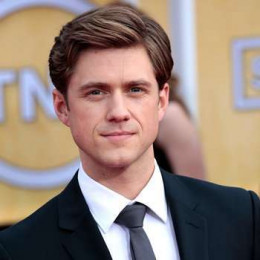 Aaron Kyle Tveit is an actor and singer, best known for playing the role of Gabe in Next to Normal and as Tripp van der Bilt on The CW's teen drama series Gossip Girl. He won the 2009 Helen Hayes Award for Outstanding Supporting Performer for reprising his role as Gabe in the Next to Normal. He was born to Posie Tveit and Stanley Tveit.

When it comes to his personal life, he has always stayed low profile. Though he has mentioned himself of having a girlfriend but detailed information about her has not been disclosed to the media yet.

He is very reluctant when it comes to revealing his personal life information. Though we aren't sure about his current relationship status but it is sure that he is unmarried.

He dated musical theater actress Jacqui Polk from 2005-2007. He stated in an interview that he prefers to keep his personal life behind the bars.

Tveit has an estimated net worth of about $5 million.

He completed graduation from Middletown High School in 2001.