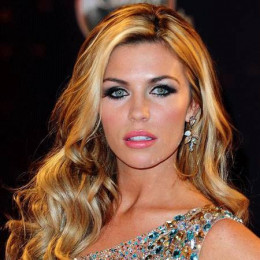 Abigail Marie Crouch professionally known as "Abbey Clancy" is a British television presenter, catwalk model and lingerie. Her mother is Karen and father is Geoffrey Thomas Clancy. After appearing on the second cycle of Living TV's Britain's Next Top Model, she got attention from several model agencies and started he professional modelling career. She won the 11th series of "Strictly Come Dancing" along with the professional partner Aljaž Skorjanec in 2013.

Talking about her personal life, she is now a married woman. She recently married her star player husband with whom she first dated for a long time. The couple is blessed with a lovely daughter and are expecting a new child. Despite being such a beautiful and sexy she might have gone through many dates and breakups but she has managed to keep it all secret. She was once criticized for printing false allegations against supporters of Liverpool football club for which she later apologized.

He is an English footballer who plays for Premier League club Stoke City as a striker. The couple married at Stapleford Park Hotel in Leicestershire.

She was born safe and sound. After she was born, her parents got married.