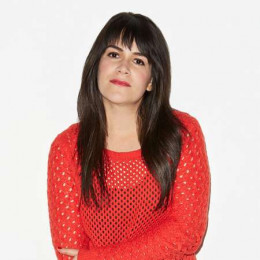 An American talented comedian, writer, actress and illustrator who is popular for co-creating and starring in the Comedy Central series Broad City with her popular comedy partner Ilana Glazer. She is daughter to Alan Jacobson, a graphic designer and Susan Komm, an artist. She learned video production and fine arts from Maryland Institute College of Art. She started her career by starring in a web series titled Broad City from which she was also nominated for an ECNY Award for Best Web Series.

After gaining so much popularity she has still managed to keep very low profile regarding her personal life. Since she has not revealed that if she has not married or not it is very hard to assume if she is married or not. And there is no record of her dating anyone. Many have raised question regarding her sexuality, assuming her as a lesbian.