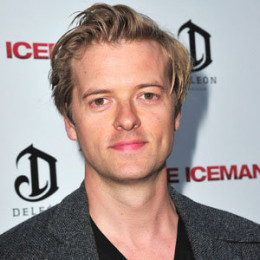 An English writer and actor, Adam Campbell is currently married to an actress and singer, Jayma Mays. The couple married on 28th October 2007.He began his career from Commando Nanny, it's an unaired sitcom for The WB Television Network. Date Movie and Epic Movie are his popular movies. Campbell has worked in many television series named Expeditions to the Edge in an Episode: "Sahara".

Adam Campbell and his wife met on the set of a movie named Epic Movie .He has nominated for the Primetime Emmy Award from Netflix comedy series Unbreakable Kimmy Schmidt . The Five-Year Engagement is his current movie he has a role in Gideon.There is no information about his affairs in social sites. The couple has one child .

Adam Campbell is currently married to an actress and singer, Jayma Mays. The couple married on 28th October 2007.