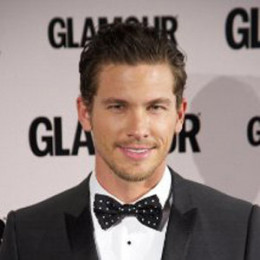 Edward Adam Senn, who is the cast member of Hit The Floor, is a popular model. He is an actor as well as a restaurateur. He started his modelling career as soon as he completed his high school which makes him an experienced man in this field. His modelling journey picked up height from 2008. He started appearing in ad campaigns of popular fashion faces regularly. He has been a prominent face for Dolce & Gabbana.

There are not much rumors about him. Lots of his personal details are yet to be undisclosed. Reports suggest that he is currently single and is in search of his soulmate. He had been in some relationships previously though but no relationships sustained. He made to number 16 in the list of "The Money Guys" for 2012 which suggests that he is also a well paid male model.