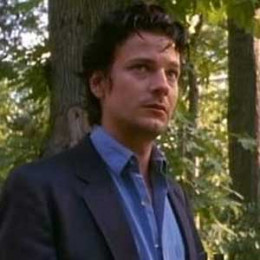 The 80's and 90's star, Adam Stroke is known for his performance in both television and movies. His performance is highly appreciated in the movies like- Mystic Pizza, Death Becomes Her, Broadway's Finest. He is from a family of artist, so he also followed his parent's footsteps and became an actor. Currently, Adam is single and has not been involved with anyone since his break up with Natasha Gregson.

The ravishing star, Adam was born on 18th August 1962 in New York, United States with the birth name Adam J. Stroke. He was born to the family with a film background. His late mother, Angela Thornton was a popular American actress known for Broadway and television appearances and his late father, William F. Stroke was a well-known producer of his time and also a former vice president of NBC.

His ethnicity is white and is an American. Stroke attended Union College at Schenectady in New York for his education.

It is obvious to choose a career in acting as he is from a family of the artist. After his studies, he gave several auditions in various places. At the age of 17, he made his debut in acting from the series ''Too Far to Go'' where Adam got a chance to work with Michael Moriarty and Glenn Close.

Later on, he worked in various other movies and series like- ''Search For Tomorrow'' as Andrew Ryder, ''Too Far to Go'', ''The Phantom of Opera'', ''Gathering of Old Man.'' He also appeared in ministries, ''I'll take Manhattan" as Justin Amberville. Adam gained popularity after the film ''Mystic Pizza'' in 1988 with $12.8 million box office collection.  Stroke was nominated for the best supporting actor in Hoboken International Film Festival, 2012.

Speaking of his affairs, he was in relation with Natasha Gregson Wagner, an American actress in 1998.But the couple broke up in 1999, for reasons which have not been revealed to the media.

After the breakup, he has not been involved with anyone and has no plans to get married yet. He seems to be a one woman man and has not dated anyone yet after Natasha.

The net worth of the talented Adam has not been revealed. But looking at his successful career, he must earn a handsome salary.