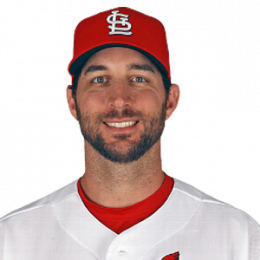 An American professional baseball starting pitcher for the St. Louis Cardinals of Major League Baseball (MLB), Adam Wainwright is currently married to interior design, Jenny Curry in 2004. Adam is a son of an attorney, Bill and a real estate agent Nancy Wainwright. His parents were divorced when he was seven years old. Wainwright attended high school at Glynn Academy. He spent the 2002 season in the Carolina League.

Adam Wainwright has three daughters they are Baylie Grace Wainwright born on 10th September 2006, Morgan Addison Wainwright born on 22nd October 2008, and Macy Wainwright born on 7th November 2011. He has won Players Choice Award for National League Most Outstanding Pitcher. He has also participated in a season's All-Star Futures Game. Yadier Molina is his teammate. There is no information about his affairs in social sites.

Adam Wainwright is currently married to interior design ,Jenny Curry in 2004.The couple has three daughters.