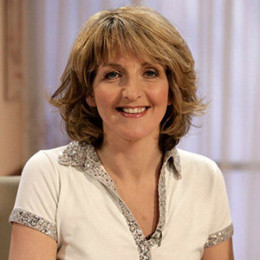 A Scottish television presenter, Kaye Adams, is currently in a relationship with Ian Campbell, a tennis star, since 1995. Kaye is mainly known for her anchoring on the show "Loose Women". She remained associated with the show from the year 1999-2006 which helped her to gain huge public recognition. Kaye reprised her role in the Loose Women again on November 5, 2013. Currently, she is also busy with the chat show Sunday Scoop.

Kaye Adams began co-hosting the Sunday morning lifestyle program from October 2013 along with Nadia Sawalha. She is successful in her professional life & is equally satisfied with her personal life. It doesn't give importance to the issue that she has reached the age above 51 and isn’t married yet. She is together with the tennis star Ian Campbell since a long time and they have two children together.