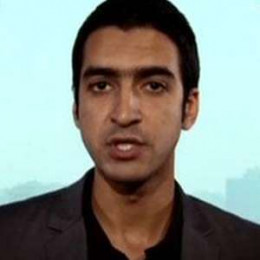 Egypt native Adel El-Mahrouky is an overseas corresponding journalist for CCTV. He has started his career from Egypt’s peak moment of unrest. His reports in English focuses on covering the middle East sports, political situation, business, and its feature stories. He has also covered events of Egypt's revolution as well as terrorist attacks. He is a lead anchor for CCTV, feeding the audience that other wire services failed to provide. He makes a live show that is mostly on the topic of social issues and politics.

Adel El-Mahrouky's information about his parents, affairs, and his marriage is not publicized by any source or by himself. He has also worked for Rotana Media Group, ERTU Channel and Dream TV. He also anchored a talk show, in which he collects vast topics about entertainment. He is the youngest TV host on CCTV and reports on currents issues and breaking news.