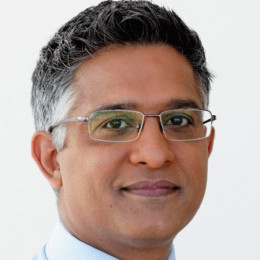 A British news anchor who is well known as news reporter of bulletins on BBC Four, the BBC News Channel, BBC One, BBC Two. He is of Pakistani descent.He completed his graduations from the London School of Economics with in International Relations. He also holds degree in MA in Latin American Politics from Institute of Latin American Studies. He started his career in BBC as broadcast assistant in the Latin American section. For five years he worked as producer for Radio 5 and Radio 4. During his career he has covered popular events like Olympic Games, the FIFA World Cup, UEFA European Championship on the BBC News Channel.

Talking about his marital status, there is no information available regarding his personal life. After being so much popular he has still managed to keep very low profile. There is no report of him dating anyone or having affair. It seems like he is person who likes to enjoy privacy regarding his private life. He loves traveling. He is multilingual and knows five different languages.