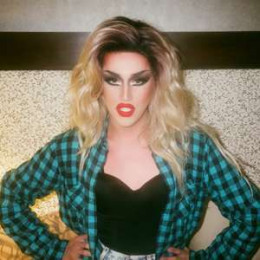 Adore Delano is the stage name for the drag queen, an actor, and singer, Daniel Anthony Noriega. He was born in Azusa California and grew up with two elder brothers and two elder sisters. Delano is of Mexican ethnicity primarily with some mixed German and Native American ethnicity as well. He was first noticed when he appeared in the American Idol of 2008 as a drag queen.

After gaining fame in American Idol, Daniel turned into a YouTube personality. He began doing skits as the character of Adore Delano and Angel Baby sometimes. Inspired from RuPaul's Drag Race, Delano won a local drag competition in a club. After that, Delano entered RuPaul's Drag Race season six. Delano released her first single DTF from the album Till Death Do Us Party in 2014. The album became a hit afterwards and she is currently working on a new album, After Party. Noriega was previously rumored to be dating Ramiele Malubay but there is no distinct information about their relationship.