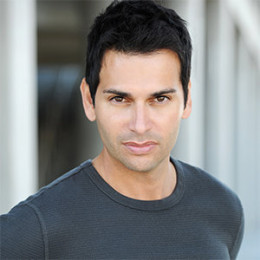 Adrian R'Mante is an American actor best known for his role in the Disney Channel series The Suite Life of Zack & Cody directed by Danny Kallis. He spent his childhood in Tampa, Florida along with his brother. He started his career during his junior High School at the age of 14. He started his Hollywood career from 1999 after training at the University of Central Florida. Some of his popular series are CSI: Crime Scene Investigation, CSI:NY and so on. He also has been a successful host on various TV shows.

Adrian is currently single and isn’t found dating anybody in the public. He hasn't yet revealed about his personal life and girlfriend. This actor is a handsome man with a fit body and loved by many girls. His charisma and way of presenting his talks can make every girl fall for him. He wished to get married in the near future. He is in the prime of his career and wants to achieve more in his life.