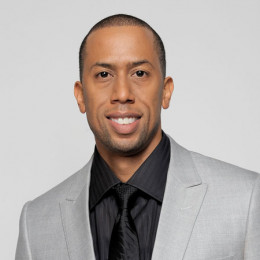 He is an actor, comedian, dancer, writer, rapper and music producer, known for appearing on HBO's Def Comedy Jam and Curb Your Enthusiam. Besides, he has produced and starred in Fox network's sketch comedy show, In the Flow. As an actor, he has appeared in films like Welcome Home Roscoe Jenkins, Soul Men, Dance Flick and Pixels. He earned a bachelor's degree in business from Fayetteville State University.

He has stayed low profile when it comes to his personal life details. Till now it is unknown whether he is married or is yet single. Being so popular he has managed to keep his family matters away from the media and public. He currently resides in Los Angeles. To get updated about his daily activities we can follow him on Twitter @https://twitter.com/AFFIONCROCKETT.