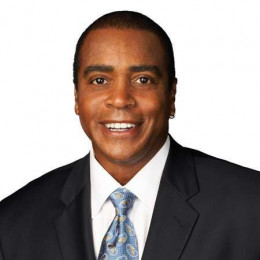 An American sportscaster who is also a former professional football player, selected to four Pro Bowls. When he was young, he played in high school football in Tacoma. He completed his graduation from Mount Tahoma High School. After graduating he accepted athletic scholarship to the University of Oregon in Eugene. In 1969 he played wide receiver as a sophomore. He was also the fourth player selected in the 1972 NFL Draft. During his career in football, he caught 495 passes for 6,831 yards and 44 touchdowns and rushed for 52 yards. In his acting career he has covered games of NFL, NBA and Major League Baseball.

He has been married and divorced four times. From his first marriage he has one son and a daughter. Due to some personal reasons, he got divorced with his first wife and again got remarried. Together they have two children. After three years they got divorced. After divorce he proposed his girlfriend who is an actress on national television during the pregame show of NBC's broadcast. After sixteen years long marriage relationship couple got divorce again. Later on, he again got married fourth time to Johnson & Johnson billionaire heir. He has three step daughters from the marriage.

She is the first wife of him. Together they have one daughter and a son. May be his extra marital affair was the reason behind their breakup.

She is the second wife of him. They are parents of two children. However, their marriage relationship lasted only for three years.

She is an actress best known for Cosby Show. It was the third marriage for both of them. They have one daughter from their marriage.

She is his fourth wife. He has three step daughters from the marriage. Their marriage is going fine till date.

She is the eldest daughter from his first marriage.

He is the second child from his first marriage.

He is the first child from his second marriage.

He is the second child from his second marriage. He is very handsome.

She is the only daughter from his third marriage. She is gorgeous.