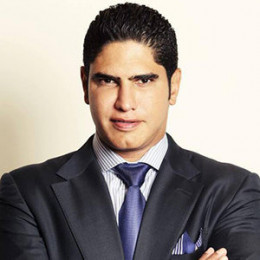 Ahmed Abou Hashima is the CEO of the Cairo based Egyptian Steel which he co-founded in 2010. His father was a police officer and his mother was an NGOs worker. He has one brother and one sister. Though he co-founded "The Egyptian Steel Group" in 2009, he had worked within Egypt's steel Industry since 1996 which was the same year he received his Bachelor’s degree in Commerce. Currently, Hashima is a board-member with First Equity Partners. He was the supporter of the economic opportunities for Egypt including an outreach for Tourism. The first person to donate to the account 306306 was him, which was created by business man to support the Egyptian economy after the 2013 Egyptian coup detat.

He was married to Lebanese singer in 2009. But the couple did not exist for a long time, they divorced after 3 years in 2012 though their marriage were based on great love. As they had divorced after 3 years of their marriage so they had no child. They broke up in mutual respect. She pointed out that they had held each other in high regard ever since. The pair had come to an agreement before their split that they wouldn't be spilling any personal details to the press but it looks like Ahmad hasn't been keeping us his end of the deal.

Hashima was married to Lebanese entertainer Haifa Wehbe in 2009. The couple divorced in 2012.He is the founder of the building materials company named Egyptian Cement.