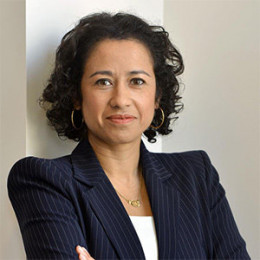 A British journalist and broadcaster, Samira Ahmed is currently married. She is the daughter of Lalita Ahmed. Samira began her career as a graduate News Trainee at the BBC in 1990. She has been a presenter for BBC World, News 24. Samira completed her high school studies from Wimbledon High School and then went to St Edmund Hall, Oxford. She also attended the City University, London.

Samira Ahmed has lectured on the news coverage of “terrorism, Islamic, feminism, and radicalism" at the London school of economics. She was nominated for Indian Jury Award for Best Costumes for a TV Program. Samira is a married woman with two children. But there is no information revealed about her children and husband's name. Samira has never faced any rumor or controversy in her life neither she has been any part of divorce issues.