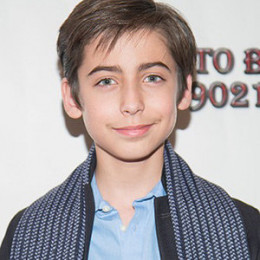 Aidan Gallagher is an American child actor, mostly known for his role Nickey Harper on the hit Nickelodeon series Nicky, Ricky, Dicky and Dawn. He started his acting career at the age of nine in an episode of Modern Family. He has played in some movies and short movies too. He is of white ethnicity and his upbringing was done in Los Angeles, California.

He is a charming child actor with a cute charisma. He sure isn’t in any relations but many girls will fall on him in the near future. Aidan is not revealing anything personal about his life to the media. He wants his private life off from the eye of public. He is a good actor and might be a future superstar. His acting is popular among the cinema lovers and has many fans at this young age.