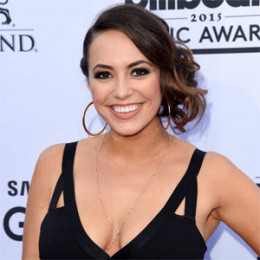 Aijia Lise is currently married to singer Andy Grammer since 2012. She works in the entertainment industry, best known as the producer and the star of the Soul Pancake series named "Joy Bomb". He is more known by the name of her husband who is a songwriter and singer. Aija is a niece of EG Daily, an actress, and a singer. She attended California State University, Northridge where she studied Vocal Jazz on vocal improvisation.

Aijia Lisen rose to fame after auditioning on the reality show, "The Voice." But she did not get selected for the show. However, she is considered a great music performer. Aija is married to Andy Grammer since 2012.They do not have any children yet. As of now, there are no signs of their separation. Aija has never been a topic of any kind of controversy or rumor.

Andy Grammer is an American songwriter and singer. They are married since 2012. As of now, there are no signs of their separation.