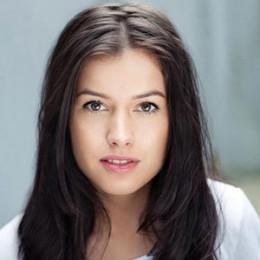 Aimee Kelly is a British actress best known for her role in British-German fantasy teen drama television series, Wolfblood created by Debbie Moon. She has played few of the movies in her life time which include Sket and The Inbetweeners Movie. She was also seen in the TV drama series Call the Midwife and Raven.

Aimee Kelly was born on 8th July 1993, in the city of Newcastle upon Tyne. She is the third child of her parents and grew up along with two siblings: Katie Kelly and Molly Kelly.

She attended Sacred Heart Catholic High School; as per her teacher suggestion, she pursued her talent in acting. She also took extra drama classes at Sage Academy of Performing Arts along with her twin sister, Katie.

Later, she completed A Level at Tring Park School for the Performing Arts, where she became friend with Daisy Ridley now an English actress and film producer.

Aimee made her acting debut from a multi BAFTA-winning BBC Scotland children’s adventure game show, Raven, which was aired on CBBC in the United Kingdom from 16th December 2010. In 13 series they have done 260 episodes.

Before she was cast in the British urban retribution thriller movie, Sket, directed by Nirpal Bhogal which released in 2011, she worked as a shop assistant and a waitress in a bar. The movie starred Ashley Walters, Lily Loveless, Riann Steels, Aimee Kelly and Adelayo Adedayo. The movie was made in the budget of $1 million.

The following year she became a part of the TV series, Playhouse Presents, after which she played a role in teen drama TV series, Wolfblood.

Moreover, she was one of the members of the post-production crew of the short movie, Twisted Fate.

Currently, Aimee is single and enjoying her life. It looks like she is more concerned about making her career rather than having a boyfriend or being involved in love affairs.

Once a rumor sparked that she was dating co-star from the show Wolfblood, Bobby Lockwood, due to their chemistry in the show. But, during the period, Bobby was dating his girlfriend which proved the news to be false.

Aimee is one of the young and beautiful actresses who has successfully collected an estimated net worth of $3 million.