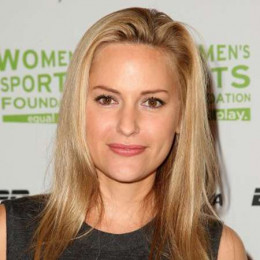 An American athlete, actress, and fashion model who is popular for her roles in her roles in such films as Cremaster 3 and World Trade Center. She was born with extreme condition known as fibular hemimelia due to which she had both of her legs amputated below the knee when she was just a year old. She graduated from Parkland High School in Allentown. When she was still on her hometown, she won Foreign Affairs internship program. She is often demanded all over the world as the speaker on topics of identity, design, body, and innovation. She has also made appearance in TED conference lectures. She was named as "Coolest Girls in Sports" by Sports Illustrated magazine. She has been featured in numerous magazines like Elle, Vogue, i-D, Harper's Bazaar, Another, Numero, and Garage Magazine.

Exploring her relationship status, she has not married yet but she is currently in relationship with her boyfriend who is an actor. Since she is so much beautiful with attractive personality its no wonder that her boyfriend loves her so much. May be in near future they are going to get tied in knot. Except him there is no record of her having affair. She has not been a biological mother yet.