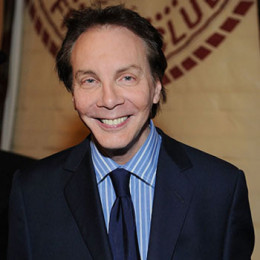 A radio and television host, Alan Colmes was well known as a liberal political commentator for the Fox News Channel, and blogger. He is the son of an auctioneer and a jewelry store owner.

Alan graduated in 1971 with a Bachelor of Arts degree from its School of Communications. He was the co-host of 'Hannity & Colmes', beginning with the Fox News Channel launch on October 6, 1996, and ending on 9th January  2009. Alan was also an occasional guest panelist on Fox News' late-night satire program Red Eye w/ Greg Gutfeld.

Alan Colmes was married to a professor of public policy, Jocelyn Elise Crowley. She is the member of the Graduate Faculty in the Department of Political Science. The couple was together from 2003 until he died of lymphoma at the Memorial Sloan-Kettering Cancer Center in Manhattan on 23rd February

Alan Colmes was previously married professor of public policy, Jocelyn Elise Crowley is well known as a member of the Graduate Faculty in the Department of Political Science. The couple was together in 2003.